My Experience Travelling Kupe from St Petersburg to Moscow 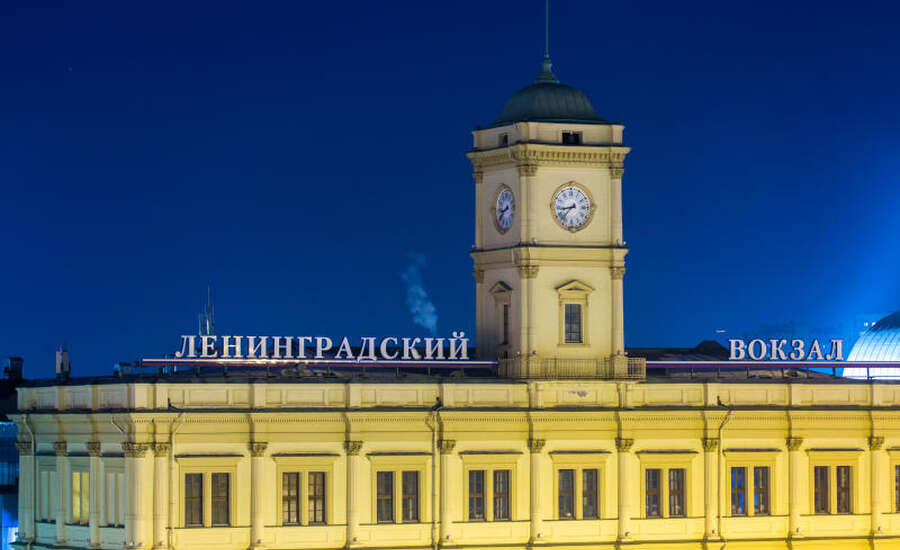 What is it like to travel 2nd class on a Russian train?

It was 22:30 and the Moskovsky railway station looked grand with burning street lamps lighting up its great clock against the dark winter sky. I had just had a long, unhurried dinner at a charming French restaurant across the street and there was about thirty minutes left till my train departed for Moscow. Coming from Europe, where long-distance trains are infamously unreliable and almost always surprisingly expensive, I wouldn’t have even considered taking the train to Moscow had I not recently become aware of “flight-shame”. Hoping to improve my rather sorry eco-credentials, I would have been prepared to fork out quite a bit more if it meant that I could feel that little bit less guilty about travelling. Luckily, a quick price comparison revealed that train travel in Russia would be as light on my money budget as it would on my carbon budget.

A flight from LED to DME cost around 3 500 roubles which, along with two taxi rides each charging about 500 roubles to and from the airports, resulted in a total of 4 500 roubles. The train stations in Moscow and St Petersburg, however, are both located right in the centre, so in both cases the walk from my hotel to the train station was less than 15 minutes. Therefore I only had to take into the account the train ticket which was 1 500 roubles-- a third of the cost! But surely, I thought to myself, if it sounds too good to be true then it most probably is. 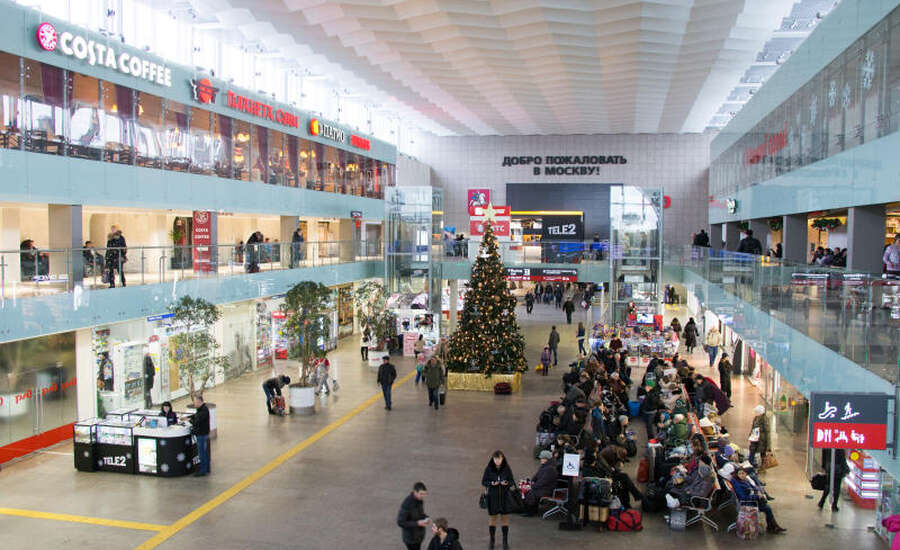 Inside Moskovsky train station, my journey had gotten off to a surprisingly good start. Unlike what I was to later experience in Moscow’s Domodedevo airport, there was no endless line of x-rays which I had to drag my bags on and off at least half a dozen times; there was just one x-ray to go through and not a queue in sight. With no lines to stand in, I was free to marvel at the stunning interiors of Moskovsky Vokzal. Why a train station needed frescoes on its high-vaulted ceilings and marble columns is something I could not get my head around and had it not been for the many shops and cafes lining the great hall (which, by the way, are great places to stock up on traditional food stuffs for the journey) I would have been certain I was in a museum. In preparation for the trip, I had read that most trains arrive 30 minutes before departure and after buying some halva, a big bottle of water and some kuraga (Russian dried apricots), I waddled down to my platform where boarding had already begun. Considering the dearth of English displays in St Petersburg’s museums, I was pleasantly surprised to find that everything from the announcements to the departure boards were in English. Finding my carriage was easy as pie and though the conductor wasn’t exactly fluent in English he was kind enough to help me with my rather big suitcase and show me straight to my cabin. 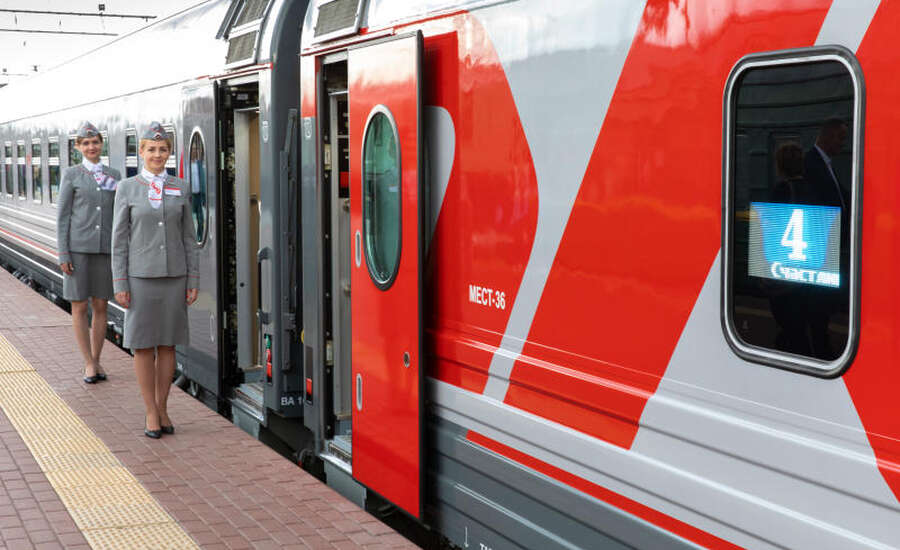 When booking my tickets, I had deliberated over whether to go in kupe or platzkart (2nd and 3rd class respectively). It seemed that the main difference between the two was privacy. The cabins in kupe were compartmentalised into groups of two bunk beds with a table in the centre, baggage storage and a lockable door. Peeking through the windows of the back end of the train, platzkart reminded me of my boarding school days with lines of bunkbeds stretching from end to end without a partition or even flimsy curtain to separate them. As a young female travelling alone, I had been advised to travel in platzkart where the fact that another fifty people could see you sleep would hopefully prevent any sort of harassment taking place. I had also been told however that the toilets on platzcart could get rather stinky and, being British and hence ridiculously embarrassed at the prospect of getting changed in front of people, I opted to ignore the warnings and go for the slightly more expensive but more secluded and spacious kupe. 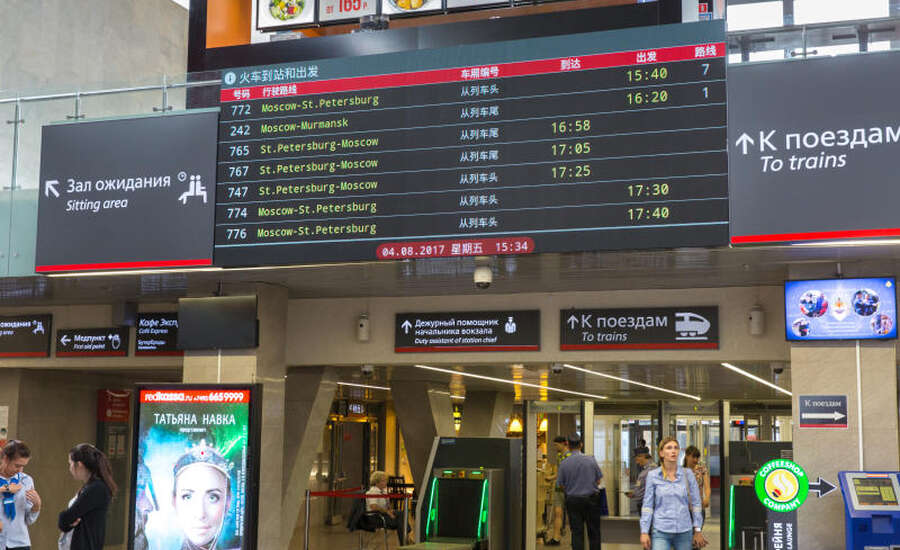 Apart from the mystery of how I was going to get into my pajamas without showing an ounce of flesh, I also had worried about my rather large 32kg suitcase along with my hand-luggage which I had to drag along. Thankfully, unlike at airports, they don’t weigh your baggage on trains and the space under the lower bunks was actually rather big. I managed to fit both bags easily and there was even an upper storage compartment which I could have put another 10kg bag in should I have wished.

Not knowing that I could choose which bunk to sleep on when booking my ticket, I had been by default allocated the top bunk. It took quite a bit of heaving and unbecoming maneuvers to haul myself up there and, should I have not been as young, I’m sure I would have just given up and slept on the floor! Drunk soldiers and light-fingered vagabonds were thankfully not to be my companions on this trip, instead I had two sweet-as-sugar babushkas who helped me with my bedding, which I couldn’t make heads and tails of, and turn down the climate control which for some reason had been set to 27c! 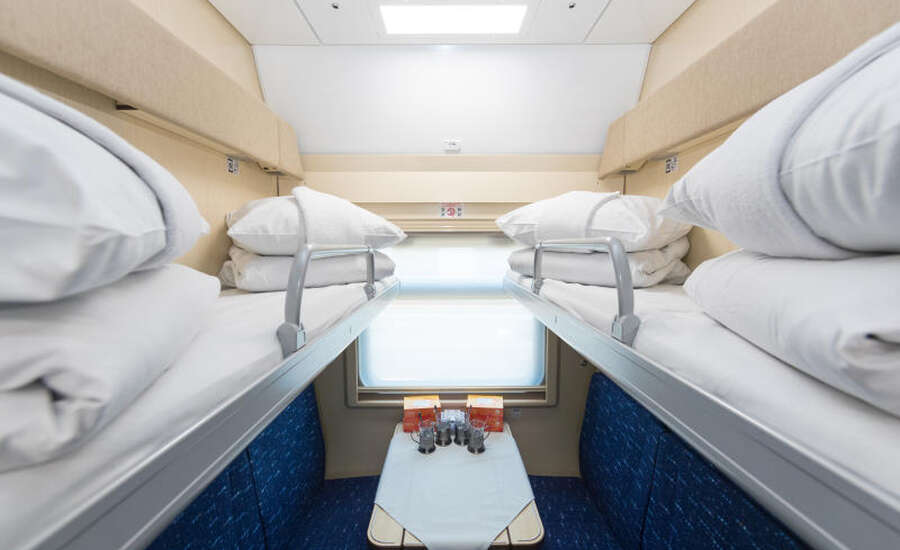 Even though only three out of the four beds were occupied, the kupe was a quite a squeeze. I couldn’t possibly imagine what it would have been like if there had been three brawny men instead of these two petite babushkas, but I later found out that on most trains it’s actually possible to book a space in a single-sex compartment. Before we had even set off, my companions and I agreed to switch off the lights. The bed was surprisingly roomy— probably more so than a bed on a first class flight— and I was asleep in no time.

At 7am, I was fully-rested, dressed and ready to head out into the heart of Moscow city. Even if cost or eco-friendliness wasn’t important to me, I would still choose to travel by train instead of plane because the overall experience was so pleasant, especially when compared to my often stressful experiences in Russian airports.