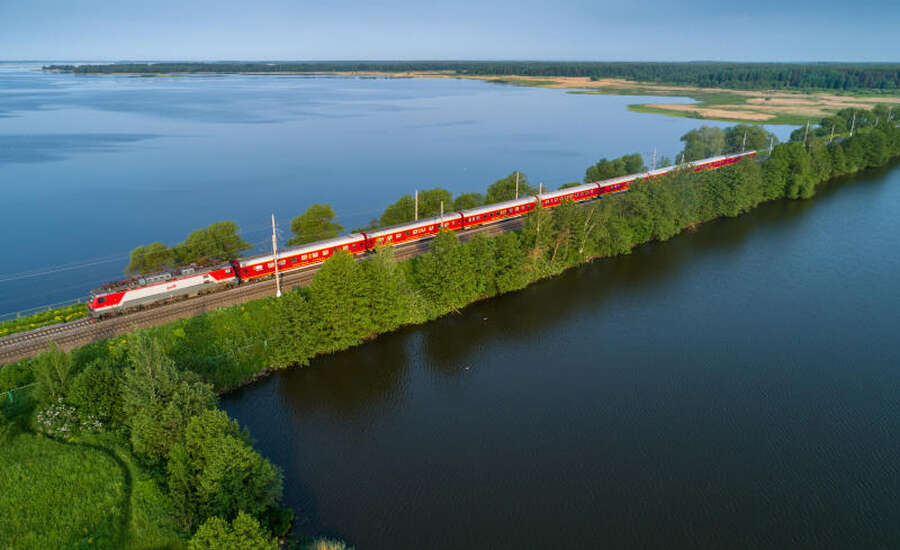 Travelling by the Red Arrow or Grand Express: What’s best?

Train travel is probably the best way to discover Russia’s vast and diverse landscape. The sleeper train is an exciting and comfortable way to travel between Russia’s two capitals, as you settle down for the night in St Petersburg, and wake up bright and early in Moscow. But what are the best options for travelling in comfort and style? From historical journeys with Russia’s oldest train company, to suites with private bathrooms and DVD players on Russia’s most luxurious service, read on to find the best options for train travel in Russia. 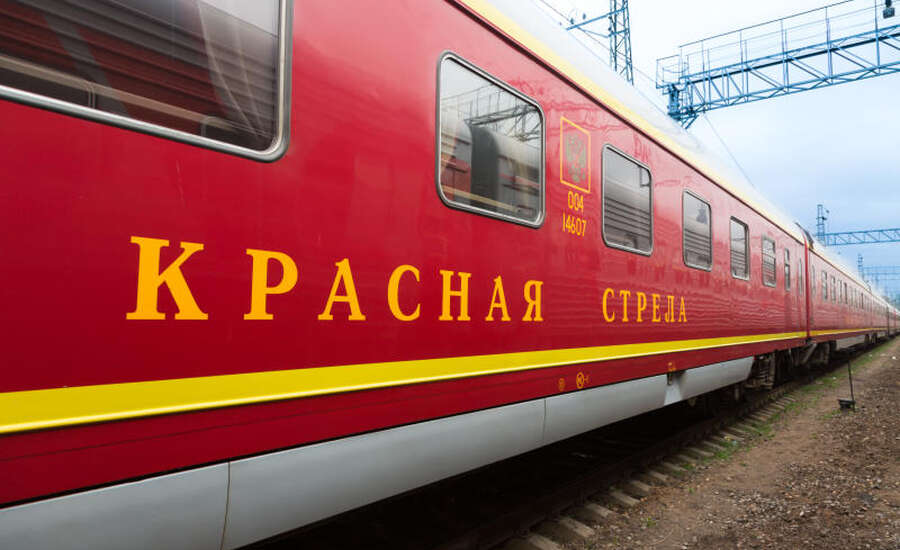 The Red Arrow is Russia’s oldest and most famous train, and the first luxury sleeper train in Russia. Its service between St. Petersburg and Moscow has been running non-stop since the early Soviet times, interrupted only during the Second World War. It was the official method of transport for the Soviet elite travelling between Leningrad and Moscow, and even transported the Olympic Flame during the 1980 Olympic Games. The train was not painted in its distinct rich red colour until 1962, and was actually blue beforehand!

The Red Arrow travels at an average of 160km/h, taking 8 hours to travel from one capital to the other. One train runs per day, leaving Moscow and St Petersburg at just before midnight and arriving just before 8am, perfect for starting your day. The Red Arrow does not make any stops along the way, so sleeping passengers will not be disturbed. Upon departing Moscow, the song ‘Moscow’ by the musician Oleg Gazmanov is played, and on departure from St. Petersburg, the city’s hymn is played.

On board the Red Arrow 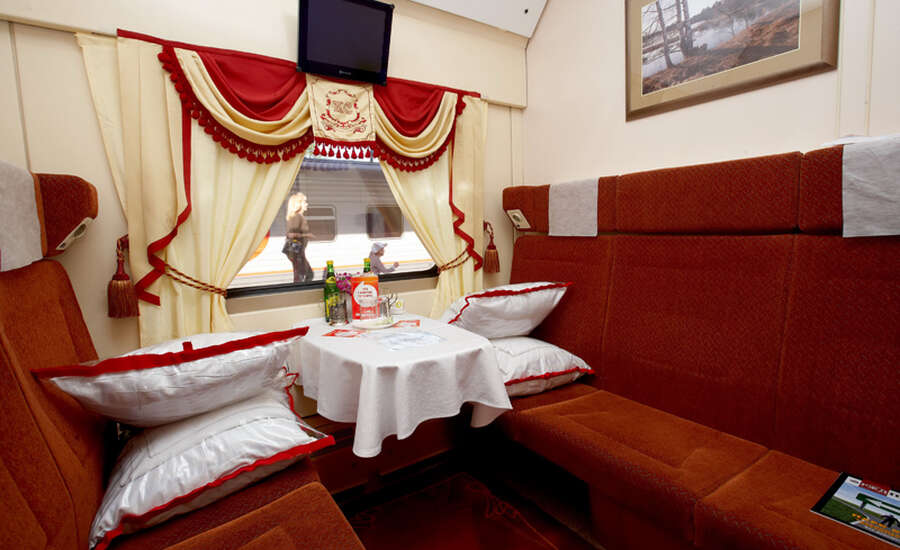 The Red Arrow is comprised of 17 carriages; 16 passenger carriages and one restaurant car. Each carriage is equipped with adjustable air conditioning, power sockets and WiFi.

Unlike other sleeper trains, the Red Arrow does not have a platzkart option; all passengers sleep in private cabins accommodating from 2 to 4 people depending on ticket class. In each cabin, there is the opportunity to hang a sign on the door stipulating whether you would like to be brought tea and even lottery tickets in the morning. The grand decor in the cabins includes red and gold curtains and a small table with a tablecloth, flowers and free water. Corridors are carpeted.

Second class cabins are similar to kupe cabins on typical Russian sleeper trains. Each cabin has two upper and lower berths. Beds are made up with fresh linen and each passenger receives a wash kit, toothbrush and slippers, free magazines, and a lunch box of cheese, ham, bread and yoghurt.

First class cabins are outfitted with two lower berths, ideal for a couple or a single person who wishes to travel in privacy. Upon entrance to the cabin, passengers are treated to a croissant and juice, and receive all of the amenities provided in second class as well as a free hot meal.

The VIP carriage comprises only four compartments, all luxuriously equipped for the most comfortable journey. Each cabin has a TV, WiFi, a private bathroom and even a shower. Passengers are treated to a free hot dinner, breakfast, hot drinks and spirits. VIP passengers also receive free shuttles on arrival.

One carriage in both second and first class allows passengers to select their compartment based on gender, perfect for solo women travellers. In the staff carriage, there is a specially equipped cabin for disabled passengers with a lift, low shelves, and sockets. 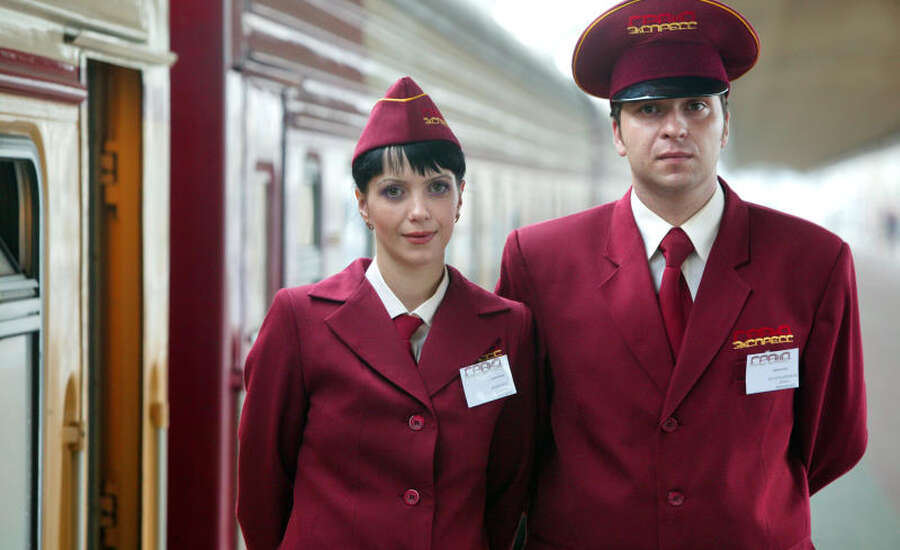 The Grand Express is one of the most luxurious trains operating between Moscow and St. Petersburg, and the only private luxury train company in the country. The company was founded in 2001. Grand Express prides itself on its luxury services, offering a one-of-a-kind experience in this ‘dream hotel on wheels’ (with prices to match)!

The Grand Express departs from Moscow and St. Petersburg once per day. The St. Petersburg - Moscow service departs at 23:49 each night, arriving in Moscow at 08:14 in the morning; the Moscow - St Petersburg service leaves at 23:40, and arrives at 08:36. As with the Red Arrow, the Grand Express does not make any stops on its journey between the two capitals.

On board the Grand Express 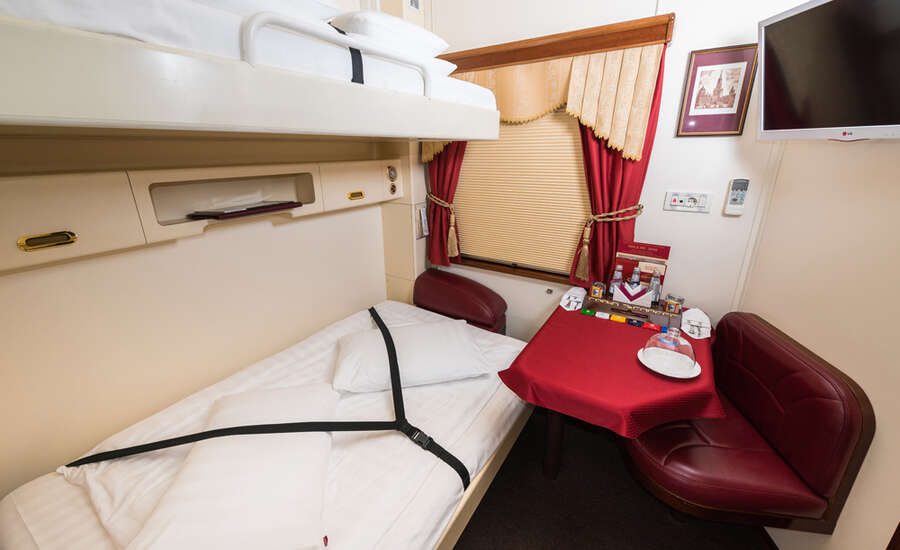 The luxury promise of the Grand Express does not disappoint. The train carriages are constructed from high-quality materials, and air conditioning and noise-isolating interiors are present throughout. In addition to this, every compartment regardless of class has a television and WiFi access - an unrivalled luxury in Russian train service. Most amenities are provided as part of the ticket fare, so passengers will not need to pay for hidden extra costs. Staff on board the Grand Express go through extensive training and provide a high level of personal service to all passengers.

Premium class cabins have all of the above, plus a personal sink inside the cabin. There are two variations of premium cabin: with two bunk beds, or one bed in the form of a single pull-out couch, ideal for solo travellers. Premium cabins cost about 12,000 to 14,000 roubles (170 - 200 euros).

The most luxurious class of cabin is Grand Imperial, which has all of the above plus a full size shower, leather sofas and luxurious beds. In the Grand Imperial single, the bed is even adjustable! This carriage has its own private bar and restaurant. Grand Imperial cabins are in the range of 30,000 to 40,000 roubles (from 425 to 550 euros). It is a flat rate to book the entire Premium or Grand cabin, regardless of how many passengers are accommodated.