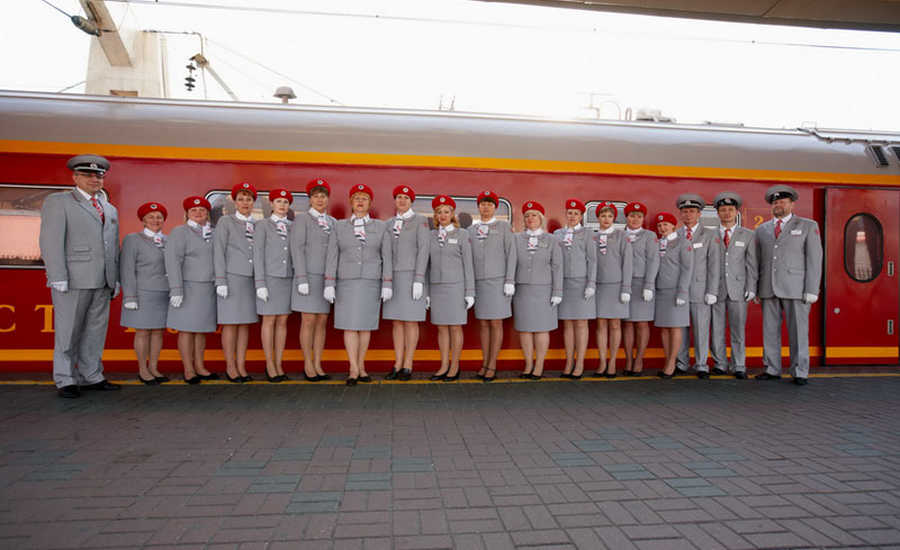 What are the best trains in Russia?

Red Arrow: Russia’s historic and glamorous overnighter from St Petersburg to Moscow. It even has its own theme song!

Sapsan: Russia’s premier high-speed, bullet train is the most modern and efficient means to get from Moscow to St Petersburg

Allegro: A modern, streamlined connection that takes passengers from Helsinki to St. Petersburg.

Rossiya: Russia’s most famous Trans-Siberian Express train takes passengers on an epic journey from Moscow to Vladivostok and penetrates the very heart of Russia.

Trains are arguably the most important form of travel in Russia – everyone uses them.  Boasting the world’s third longest rail system and arguably some of the muddiest roads, it’s no wonder that Russian train travel is as popular as it is. Russia is also home to the world’s longest rail route, the Trans-Siberian Railway.  The sheer variety of routes, trains and classes mean that there’s something for everyone. From the Indiana Jones wannabe gap-year student dreaming of vodka-drenched nights to the retired couple wanting to uncover the soul of Russia from the comfort of a cabin, a trip on Russian rail ticks every bucket-list.

It would be a momentous task to cover all the possibilities of traversing Russia’s expanse, so here’s a list of the most loved trains to give you a taster. 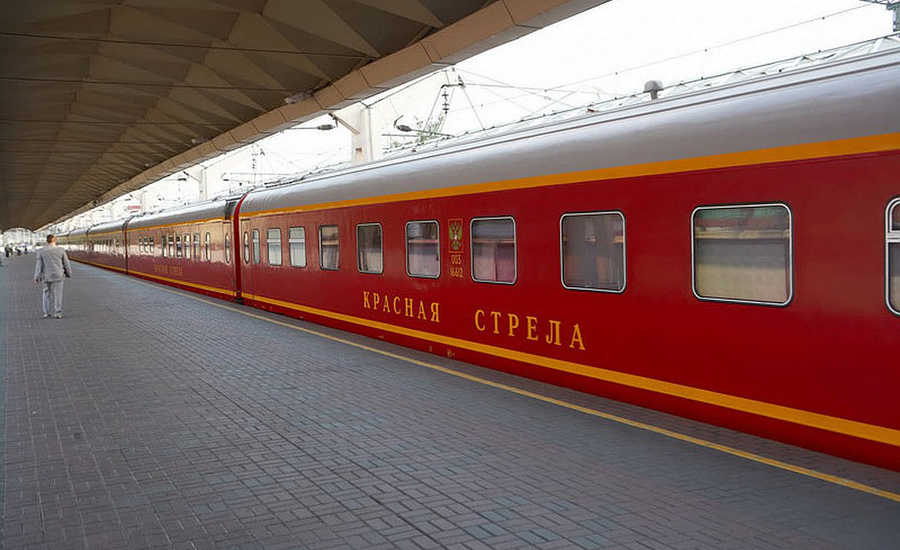 It might not be the Orient Express, but the ruby-red train that whisked the crème de la crème of society back and forth from Leningrad to Moscow throughout the Soviet era is certainly not your run-of-the-mill firmeny* train.

Little has changed since the Red Arrow’s maiden journey in 1931. Inside, the signature tussled curtains and plush carpets adorn the same old rickety-rackety carriages (light-sleepers beware!). While white-gloved attendants keep the cabins and restrooms impeccably clean. The train even has its own theme song, a nostalgic remnant from Soviet times, that plays on arrival and departure.

Departing daily at 23:59 from St Petersburg and Moscow, this train is just the ticket for tourists who’d like to see both of Russia’s jewels in a limited period of time.

And with platters of fruit, Red-Arrow specialty chocolate, al carte breakfast and a luxe dining car, the 8 hour journey will have you rejuvenated for the next day of sight-seeing. Those who choose the 2-bed, VIP cabin will even have a steaming shower and selection of designer-pillows to look forward to after supper. (Though it must be noted that, so as to make room for the armchairs and wardrobe, the beds in the VIP cabins are stacked like bunkbeds.)

For those who don’t need the extra-frills and are simply content with the thought of sleeping on the very-same train as both Lenin and Stalin, there are lovely 4-bed cabins and 2-bed cabins to choose from.

Whatever the class of carriage, you can never go wrong with a classic.

* firmeny (branded) trains are more expensive than regular ones but have a higher quality of service, and consist of modern carriages 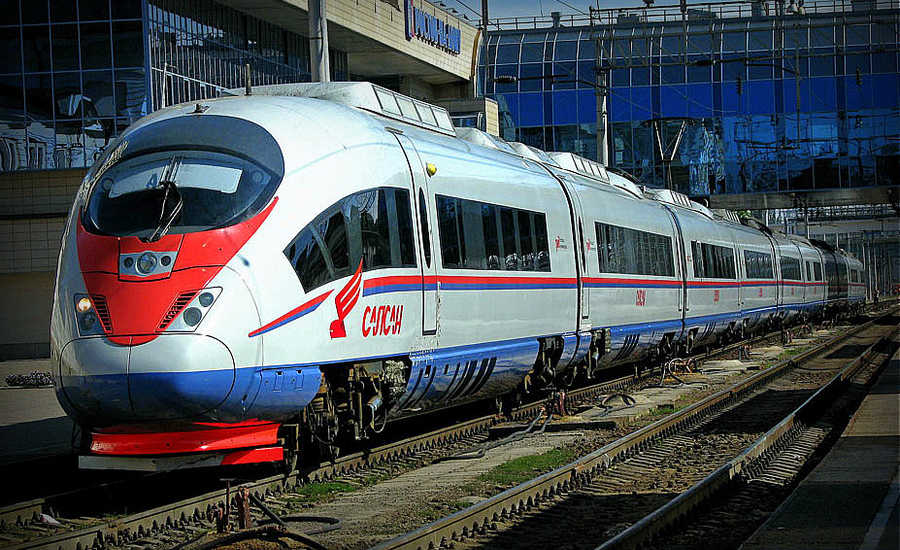 The Sapsan is to the Red Arrow what the plane is to the boat: Easy and efficient, but without the romance and old-world comfort. Zipping from Moscow to St Petersburg in under 4 hours, it is by far the fastest option by rail. Wi-Fi, plug sockets and a conference room for rent make this train ideal for business trips. Unlike older trains, its modern bathrooms won’t leave you retching and the economy seats are, if not spacious, then at least comfortably padded. From price to convenience, an economy class trip on the Sapsan is almost indistinguishable from the multiple direct-flights that link the two cities.

The first and business classes, however, are a different story altogether. One would struggle to find a seat as sweet as the ones in Sapsan’s first class carriage on a Russian airplane. Nor could one ever hope to have a meeting in the air that would be as conductive to contract-signing as one discussed over the sleek tables of Sapsan’s business class.

Most importantly, unlike on airplanes where one is expected to get by on a stale sandwich or even nothing at all, the Sapsan has a decent dining-car. 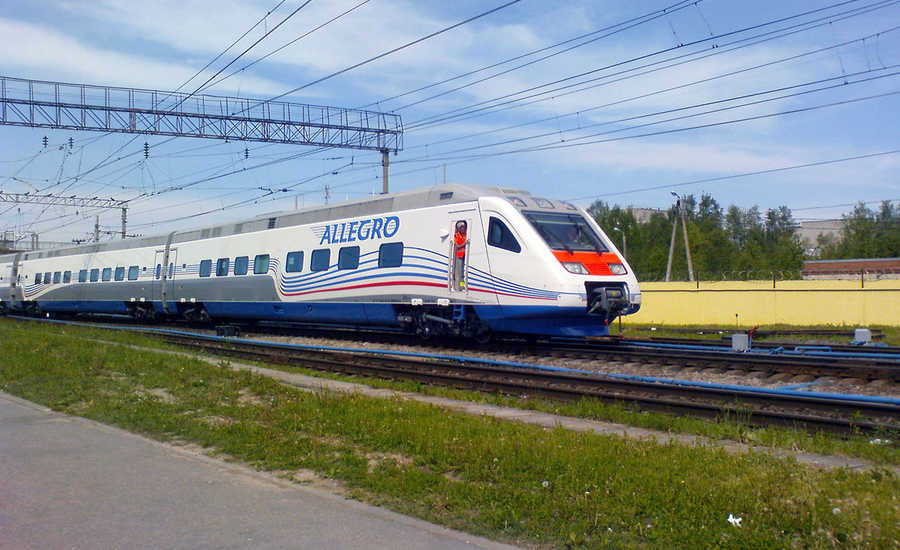 With a similarly strange name, the Allegro which links St Petersburg to Helsinki is in many ways Sapsan’s twin. Taking around 3 hours from downtown St Petersburg to the heart of Helsinki in carriages as slick and shiny as the Sapsan’s it doesn’t get easier than this. Everything is streamlined to ensure maximum efficiency. Unlike other trains, where one can end up queuing for ages at the border, passport control is done from start to finish in the comfort of the train. There is even an on-board foreign exchange counter with fair rates and a tax-refund service.

For such a swift journey, food shouldn’t be a problem, but for those early morning trips the made-to-order omelets in the dining car are definitely more than just edible.

With thick forests covering over 75% of Finland and a good chunk of Russia, the scenery for the most part is that of unspoilt wilderness. Keep an eye open for Vyborg, the ancient Finnish (now Russian) castle-city, and the odd curious moose!

Free Wi-Fi and a kid’s playroom are great perks on this impeccable train. 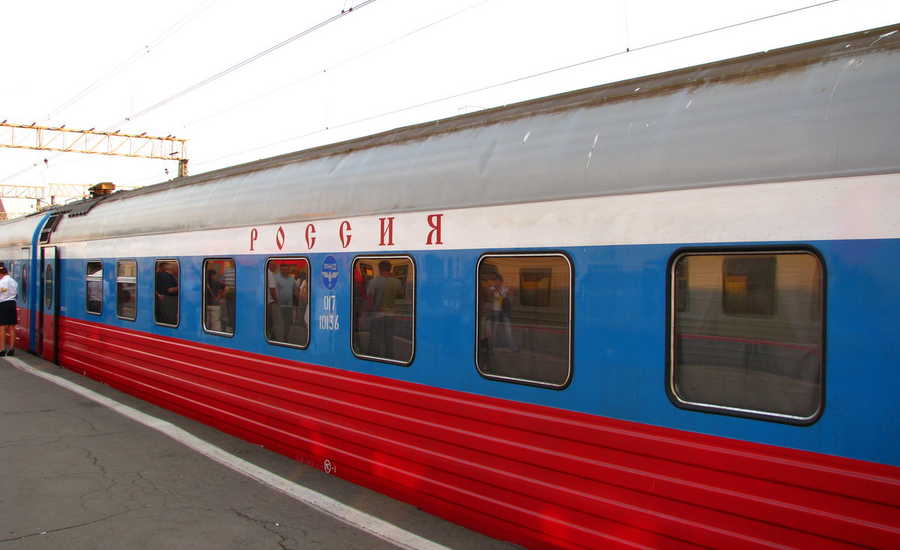 The longest train ride in the world doesn’t need much of an introduction. Countless books have been written about it and even more TV-presenters have been filmed getting utterly drunk on it. But, for all its fame, few know what the real Trans-Siberian is like. To start with, there isn’t just one way to experience the Trans-Siberian. Though the Rossiya - which chugs along from Moscow to Vladivostok in 6 days— is the most popular, it is rather plain-Jane and harks back to a more Soviet experience.  While it is functional and clean, you won’t find the luxury that you might on the Red Arrow for example.   That being said, of course, it’s the tea parties with tough-cookie babushkas and rounds of vodka with strangers that really make the trip special.

Whether you meander from Moscow to Mongolia in style or rattle non-stop to Vladivostok, the moment when Lake Baikal’s endless expanse of glistening waters come in sight is certain to give your heart a tug. And perhaps, if one stares long enough the enigma that is the Russian soul might just raise its head above the waters and share with you that melancholy smile that can only be found in a country with a history like Russia’s.