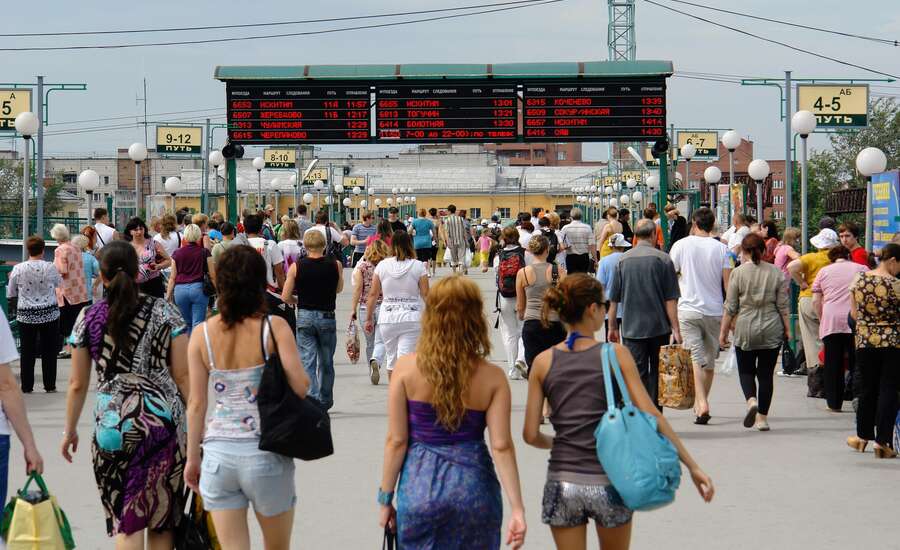 Image by InstagramFOTOGRAFIN from Pixabay

Reasons to fall head-over-heels for trains:

In 2018, a quarter of all journeys made by Russians were made by rail. To put that in to perspective, no other country other than Japan has such a high share of journeys made by train. Keep in mind also that this statistic excludes the unbelievably large network of tram and metro lines which millions of Russians use each year, and you begin to understand what a vital role rail plays in Russia. Throughout the Soviet Union and during the 1990’s, the prominence of rail was easily understandable. Flying was eye-waveringly expensive and frightfully hazardous. Cars were a rarity and apt to break down and, even if they did work, the speed limits on the USSR’s “motorways” prevented anyone from travelling faster than 60km/hour. Today, however, Russians’ love of trains is not so easily explainable. The cost of most flights is now competitive with trains and a third of Russians own a car. As with many things in Russian society, the answer to this question cannot be solved by logic alone. Instead, the answer lies deep in the soul of Russians; hence why we asked the Russians to explain this seemingly irrational love to us. 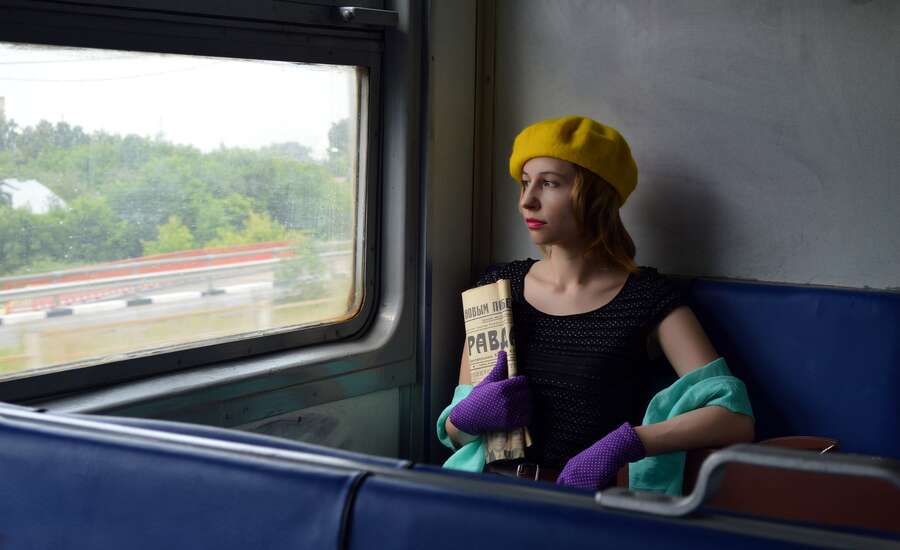 Nastya is a seasoned traveller who goes on long-distance train journeys at least five times a year.

Image by press and ⭐ from Pixabay

“For all my life, I’ve been faced with a conundrum: I love travelling but I’m scared-silly of flying. I’ve never been on a plane before and I don’t intend to! People don’t realise how easy it is to travel by train. I’ve covered most of Russia, from the South on beach holidays to Irkutsk to see Lake Baikal, all by train. Apart from Russia, I’ve also seen quite a bit of Europe. My last summer holiday took me to Prague with a group of my old friends from uni. It took a bit less than two days to get there and the journey was made very pleasurable by the stunning scenery provided by the farming regions of Belarus and Poland. The most interesting part of our journey was that the train had to be lifted by a crane-like machine and placed onto a new set of chassis at the Polish border. This is because the gauge of Russian railway tracks is wider than those in Europe (this difference was purposefully planned to make invasion via rail more difficult!). The whole process took around two and a half hours and it was done while all the passengers were in the train! Funnily enough, though it sounded rather frightening, if I hadn’t been looking out the window I would never have guessed that the carriages were being hauled up into the air and onto an entirely different set of wheels.”

"When I’m travelling with big groups of friends I tend to go in platzkart and only really go in kupe if it’s important for me to arrive refreshed at my destination (like when going on a business trip). I always stock my bags full of instant noodles and quick-oats for meals and make sure to bring some fancy teas and biscuits— I can’t recall a journey when I didn’t end up finding someone interesting to sip tea with and share snacks, so that’s why I always bring lots of sweet treats to share! And of course, people will always share their goodies in return. To be honest, I think that’s the best part about train travel: the sharing, be it of experiences, food, music, laughter or drinks!” 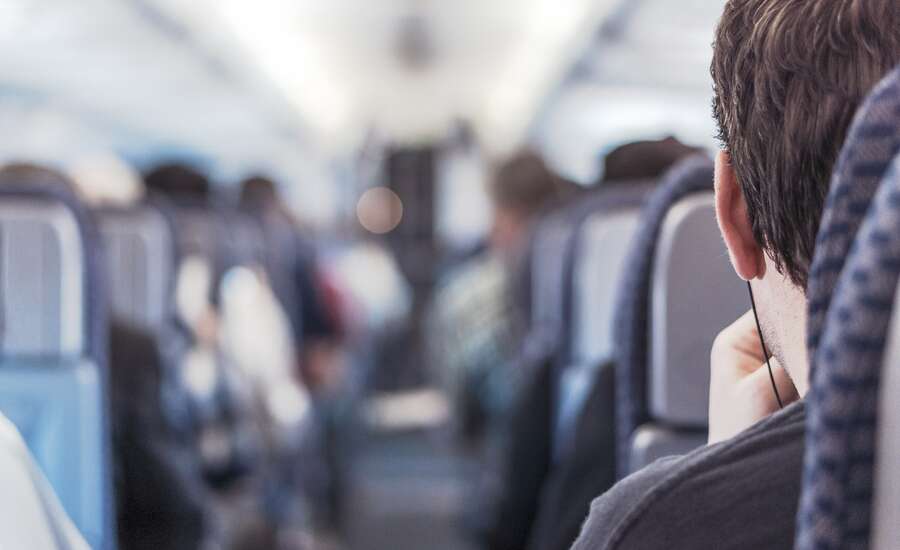 Andrei often travels around Russia for work and leisure.

Image by Ryan McGuire from Pixabay

“What I love about trains is the hypnotising way they sway. I like to buy myself a lower couchette and lean next to the window with one eye on the book in my hand and another on the swirling landscape of soft firs and radiant meadows outside. Like so many other things, I think today travelling has begun to lose its meaning. It’s been reduced to a mere process of getting from A to B. There’s nothing more dehumanising than stepping into an airport and being forced to shuffle in queues like cattle, then being scrutinised by dozens of X-rays before being stamped and squashed into a cabin that really isn’t fit for humans. All the romance and charm has been budgeted out. Trains and boats are the only mode of transport I would say where the journey, rather than simply the destination, is still important. From the moment I arrive at a train station, I’m transported to another world. Almost all the train stations in Russia deserve to be designated as museums. Take the Moskovsky railway station in St Petersburg. It boasts more than 200 years of history and its facade, with columns and double arches, is one of the grandest in the city. The only less than pleasant experience I’ve ever had on a train was when I was a young boy travelling with my family and cat to the south of Russia. The provodnitsa insisted that we should carry our cat in a proper cage but, as it was during the Soviet Union, these were rather hard to come by and hence we only had a cardboard box (in fact, suitcases were hard to come by too, so we had about a dozen boxes to carry on and off the train!). Thankfully, dear Bubliyk wasn’t thrown off the train and in the end he had a wonderful holiday with us on my grandparents’ dacha near the Black Sea!”

“Books and trains go together like blinis and sour cream. I always bring at least one novel with me when travelling by train. The perfect book that links both Russian culture and trains together is The Gulag Archipelago by Aleksandr Solzhenitsyn. Like most Russian classics, it’s deep and analytical, but it has a critical edge to it that resulted in it being banned during the USSR. Naturally, when reading such philosophical books, a glass of ice-cold beer is mandatory so as to get the thinking juices running. Thankfully, Russian trains sell beer on-board along with a decent and, I would say, more than edible selection of meals. Just make sure to go in kupe, rather than platzkart—there’s nothing worse than settling down to read a book and then finding that you can’t stretch out fully because the bed is too short. Just pay that little bit more for kupe so that you don’t end up with a 1.75m long bed.” 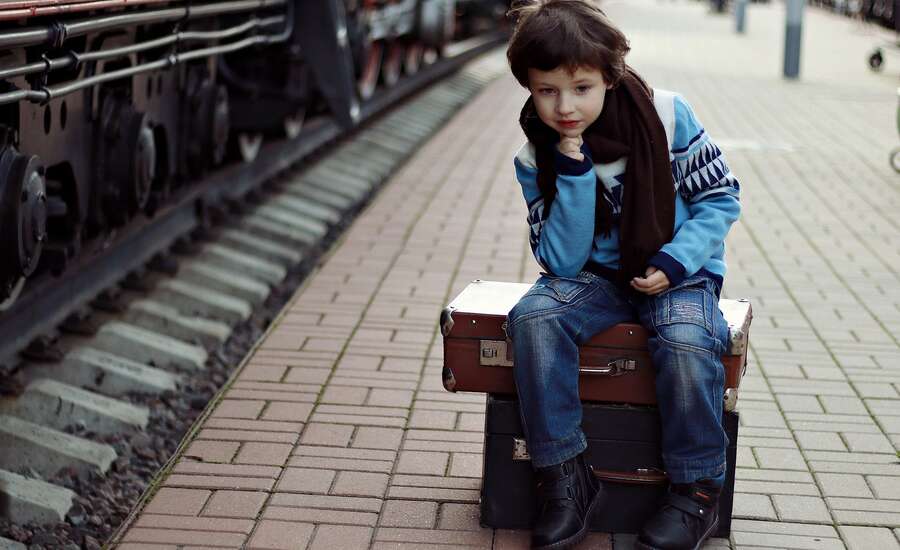 Despite living right next to Pulkovo International Airport, Lena frequently travels with her 8 year old son and husband by train.

Image by press and ⭐ from Pixabay

“I remember the puzzle my father gave me before we were about to set off on a two day journey down to the Sea of Azov. I was eight and the huge puzzle of a leopard with hundreds of spots had me stumped for hours. We were travelling in platzkart, and it wasn’t long before all the other passengers began to join in. The image of around half-a-dozen passengers towering over the tiny side table, bickering over where the next piece should go, still makes me laugh! And that is why I think it’s important to take my son on trains. They are one of the few places were that strong sense of community can still be felt. Another reason, of course, is the spaciousness and safety which means that I don’t have to pin my son to a seat for 5 hours.”

“After you’ve been travelling for a few hours, nerve mind days, you really don’t care what you look like—all that matters is comfort. That’s why I always bring crocs to walk around in and a nice, stretchy pair of leggings which are comfy enough to sleep in. Wet wipes are a must—even when I’m not travelling with my son I bring a pack—and I never forget to stock up on finger-foods. Nuts and dried fruits, like kuraga (dried apricots), are my favourites along with a bottle of kefir. For longer journeys, I buy pies at the stations along the way, which make for filling and finger-licking-good meals! One last thing to remember is that in the older trains there might only be one or two sockets for the whole carriage, so power banks are a very good idea.”