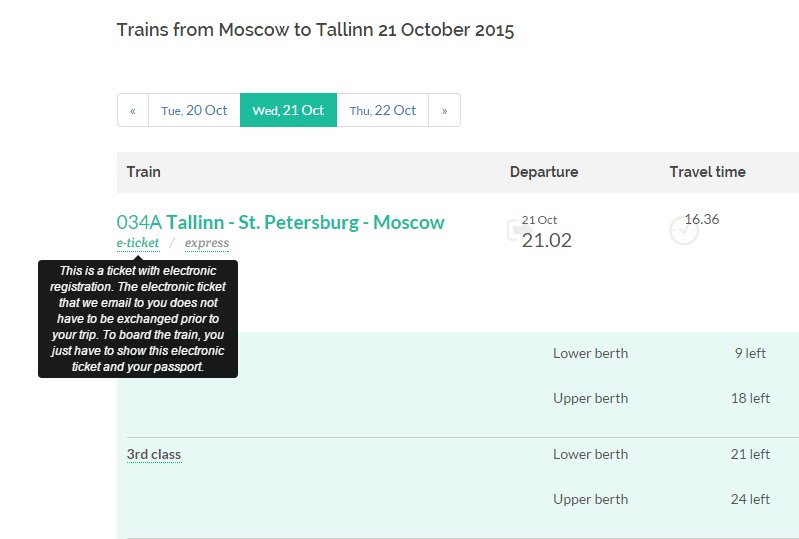 Before, passangers, who purchased tickets through the internet, had to receive a paper ticket in the terminal of self-service at the railwaystation or in the ticket office on the territory of Russian Federation.

Now, if the ticket was purchased through the internet and electronic registation was completed, passanger will need only to show an ID (which was used to purchase a ticket) while boarding the train. Nonetheless, it is also recommended to have a printed E-ticket on A4 paper, or its digital image on a cell phone.

Tallinn - St. Petersburg and Tallinn - Moscow trains will be cancelled

Do the Russian electronic train tickets have to be printed out?