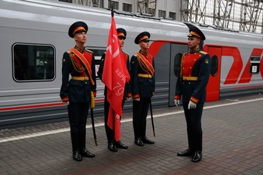 Today, on the 17th of September, the citizens of the Bryansk Region celebrate the Liberation Day from Nazi invaders.
Yesterday from the Kievskiy Railway Station the Memory Train departed towards the regional center, the city of Bryansk, to commemorate this date. The train tracked the route of Firmenniy Train No. 9/10 Moscow - Bryansk, operated by JSC Federal Passenger Company.
Famous astronaut-pilots Alexey Leonov and Valentina Tereshkova, the First Deputy Director General of JSC FPK Vladimir Kalyapin, Deputy Governor of the Bryansk region Feodor Kostyuchenko were among the passengers.
Before the departure the guests witnessed the solemn transfer of the Victory Flag to the chief of Firmenniy Train No. 9/10, which was brought for further celebrations in Bryansk region. The songs of the Second World War period accompanied the train's departure. 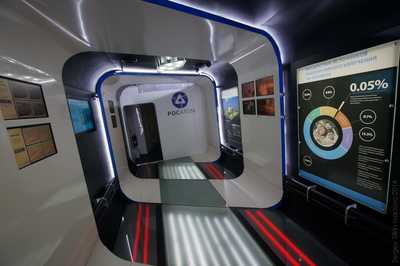 Rosatom is sponsoring a mobile exhibition on technological innovation housed on a train that will travel around Russia. The train recently left Moscow equipped with an exhibition and lecture complex to demonstrate innovative projects. 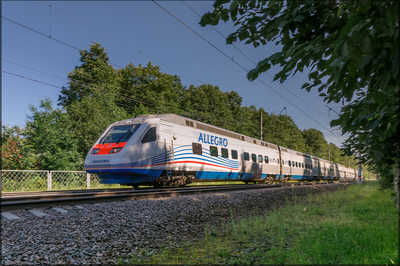 Train travel between St. Petersburg and Helsinki has increased due to the new Allegro trains. Recently the number of trains was increased from two per day to four per day. 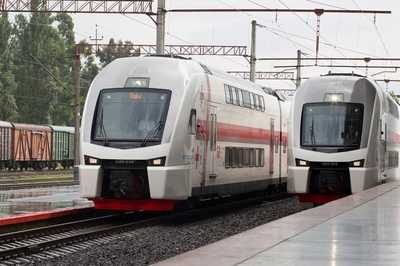 South-Caucasian Railways (SCR) offers a new train from Batumi to Sochi. Passengers can now travel from Yerevan to Batumi and continue on to the Black Sea resort city of Sochi in southern Russia. 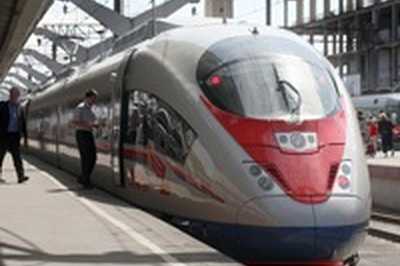 Russian Railways has been updating and renovated their train stations throughout the country, and next one list is the station in Nizhny Novgorod, one of Russia's largest cities.