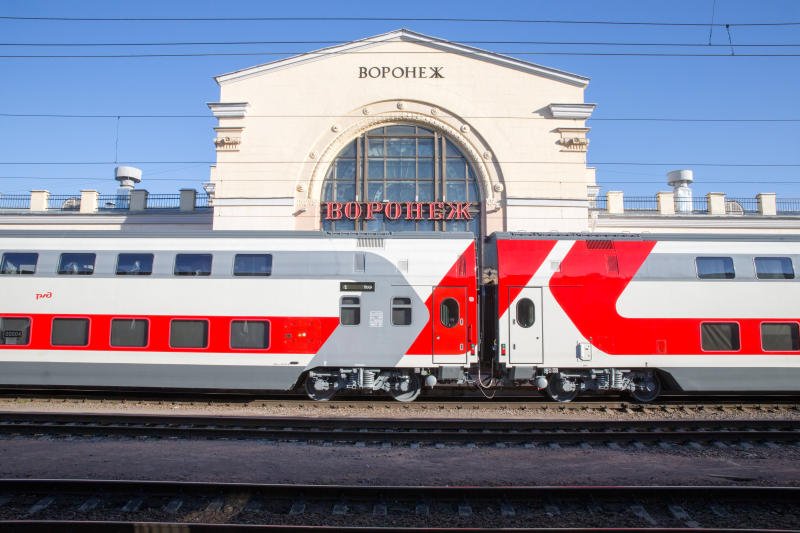 On the 14th of August 2015, The double-decker train #46/45 Moscow - Voronezh set a new record of Russia in the category "All year-round permanent long-distance train with the biggest passenger capacity". The record was registered by the general editor of the "Record Book of Russia" Alexei Svistunov at the Kazansky railway station in Moscow. The diploma was officially presented to the vice general director of the Federal Passanger Company Vladimir Kalyapin.

It was noted by Vladimir Kalyapin, that at the present moment in Russia there is no other train that has seats for 1320 passengers. He added that Federal Passanger Company will do everything possible to launch more such trains.

The train on the route Moscow - Voronezh was launched on 31st of July 2015. Train has 1st and 2nd class carriage with seats. The 1st class offers separate compartments for two passengers. The trip duration is shortest on this route, it takes just 6 hours 35 min. 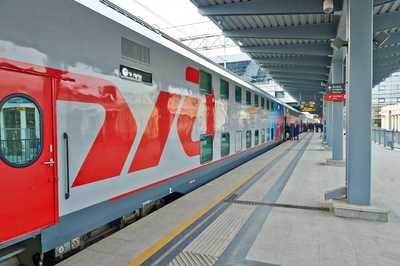 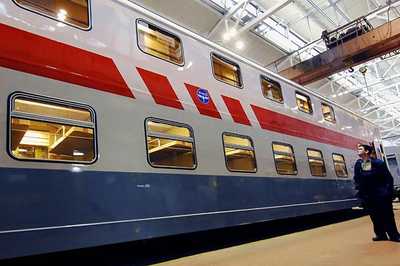 Federal Passenger Company, a subsidiary of Russian Railways, launches a new double-decker train N5/6 on Moscow - St. Petersburg route. The first trip from St. Petersburg to Moscow is scheduled for February 1, 2015, and in the opposite direction - for February, 2. Tickets are already on sale. 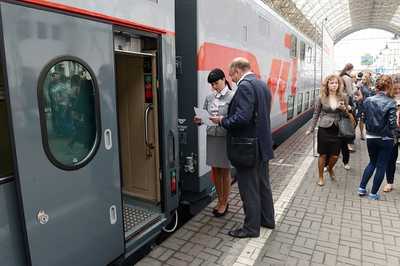 First double-deck train in Russia started operating on the 1st of November on the route Moscow - Adler. 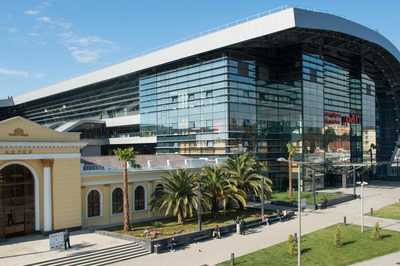 The amount of internet traffic consumed during two summer months constituted 30% from the total amount of information downloaded during two last years of the agreement between Directory of the Railway Stations of LLC "RZD" and TransTeleCom Company. The agreement provides a free high-speed Wi-Fi connection at the stations.