There is only one train running on the Moscow to Beijing direct route, which operates once a week. The same train runs on Beijing to Moscow route. The trip takes 6 days. If you are looking for a shorter trip you may consider travelling to Beijing via Mongolia, but please remember that you will need a Mongolian transit visa in this case.

Runs
once a week

The Vostok is an international train operating between Moscow and Beijing along the Trans-Manchurian rail route and therefore does not pass through Mongolia on its way from Russia to China. The train is quite modern with comfortable first and second-class compartments and a good restaurant. Roubles are accepted on board when the train is in Russia and CNY when the train runs through China. Wheels are changed on the border between Russia and China. Passport control takes place in Zabaikalsk and Manchzhuria and takes approximately 10 hours. 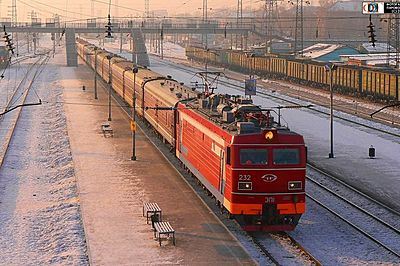 Do I need a Mongolian visa to travel from Moscow to Beijing by train?

Train #019/020 Moscow to Beijing takes the Trans-Manchurian route and doesn’t run through Mongolia so for this train, no visa is necessary.

How long does it take to travel from Moscow to Beijing by train?

The travel time between Moscow and Beijing is 6 days and 1 hour when you travel by the Trans Manchurian train #019/020 Moscow to Beijing.

Is there a restaurant car on the Moscow to Beijing train?

Is it possible to buy an open ticket from Moscow to Beijing and stop in several cities?

No, this is not possible. According to the railroad office’s policy, if you would like to make stops during your trip you must purchase tickets to each city that you’d like to visit. The Russian railroad does not offer any flexible tickets with stopovers. We also highly recommend not to buy tickets on the spot, but plan your trip well in advance and book the tickets online as soon as they are available for purchase, usually 90 days before the trip.

Can I travel with my cat/dog from Moscow to Beijing by train?

Russ rail helped me plan and book a rail journey from Beijing to Moscow. They answered any questions without delay and were extremely patient with my very frequent additional questions and a number of changes I had to make before finally booking. It was a great trip - also thanks to the team at Russian Rail!

History of the Moscow to Beijing train route

What’s the history of the Trans-Manchurian railway?

Over the past centuries, the Trans-Manchurian railway has transformed from a political pawn and strategic goldmine, to a once-in-a-lifetime travelling experience for intrepid tourists. What is the story behind the Moscow to Beijing train route?

By the end of the 19th century, the Russian Empire was increasingly threatened by the influence of other great powers in the Far East. A huge swathe of Russia’s eastern territory was located thousands of kilometres away from the centre of power, and connecting these isolated lands was a matter of urgency both from an economic and defensive point of view.

The Trans-Siberian railway between Moscow and Vladivostok had been under construction for nearly a decade, but the final stretch had not yet taken shape. Its intended route towards Vladivostok would trace the long way around the northern border of China. In 1897, a different tactic was proposed by Minister of Finance, Sergei Witte: a shortcut between Chita and Vladivostok through the Chinese territory of Manchuria, which would not only shave 550 km off the Trans-Siberian route, but would also link the railway with strategically important Chinese cities like Beijing and Port Arthur (today part of the city Dalian). And so, between 1897 and 1903, the Russian Empire built the ‘Chinese-Eastern Railway’.

Construction was no mean feat. There was no simple way to transport supplies from the west, as the stretch of the Trans-Siberian railway around Lake Baikal had also not yet been built (cargo had to be shipped over the lake instead), and in the east, the railway engineers had to contend with truly inhospitable wilderness. So, it was decided that construction had to begin from somewhere in the middle.

Did you know? The original Trans-Siberian route, around the shore of Baikal and ending in Vladivostok, was not completed until a decade after the Trans-Manchurian shortcut was built!

The Russians selected a small village called Harbin to be the nucleus of the railway. This tiny settlement evolved into a boomtown in just a couple of years, and today it is one of north-eastern China’s leading industrial hubs. In fact, the backward rural region of Manchuria flourished during the construction of the Chinese-Eastern Railway. Its population nearly doubled to 16 million people in just 7 years, and its cities grew into larger megapolises than Russia’s far-eastern towns.

Did you know? The influence of Russian architects and Swiss and Italian town planners in the construction of Harbin have led the city to be compared to St Petersburg.

Upon its opening in 1903, the Chinese-Eastern Railway consisted of three branches radiating out from Harbin: the western branch to Chita; the eastern branch to Vladivostok; and the southern branch to Port Arthur and Beijing. The modern Trans-Manchurian route still serves the western and southern branches. Travelling on the fastest train, a passenger could travel from Moscow to Port Arthur in just over 13 days. 1st class tickets cost 272 roubles, and 3rd class tickets a more economical 64 roubles. The railway company also purchased steamboats and coordinated them with train arrivals to take passengers between Port Arthur, Nagasaki and Shanghai.

But the excitement was not to last. Thanks to its great strategic importance, the Chinese-Eastern Railway became a point of contention between Russia and other great powers and was used as a pawn for conflict and resolution. During the disastrous Russo-Japanese War in 1904-1905, Russia lost most of the southern branch to Japan. Later, in 1924, the Soviet government renounced the fallen empire’s imperialist claims in China (for example its concessions in vital cities like Harbin); yet it still refused to relinquish control of the railway, and fought the 1929 Sino-Soviet conflict after Chinese troops captured the railway and arrested and deported hundreds of Soviet employees.

After decades of territorial and diplomatic push and shove, the Soviet Union finally ceded full control of the Chinese portion of the Moscow – Beijing railway to the People’s Republic of China on 31st December 1952 – a move which marked the high point in the relationship between the two Communist powers.

Today, the Moscow to Beijing train route on the Chinese-Eastern Railway is most commonly known as the Trans-Manchurian Railway in English. While the Trans-Siberian is the most famous route, the Trans-Manchurian is just as exciting and swaps the endless forests of Siberia for vast steppes and vibrant Chinese cities of Harbin, Shenyang, and finally Beijing. Although it follows nearly the same route as the original Chinese-Eastern Railway between Moscow and Port Arthur, the journey is significantly shorter, taking 6 days rather than 13!

The Trans-Manchurian route is served by the Vostok train, which means ‘East’ in Russian. It has weekly departures from Moscow’s Yaroslavsky Station and Beijing’s main station. The trains were refurbished a few years ago and, while not the most modern on the Trans-Siberian’s rails, are perfectly adequate for a day or so’s journey (most passengers stop off at fascinating cities along the route, and this is not a bad idea as there are no showers on board).

Did you know? When the Vostok crosses the border, its restaurant car is switched and serves Chinese rather than Russian cuisine. 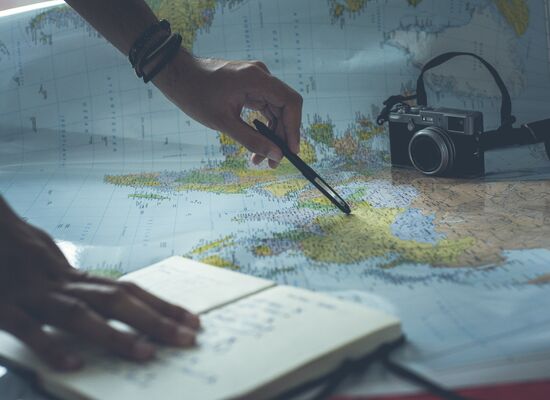 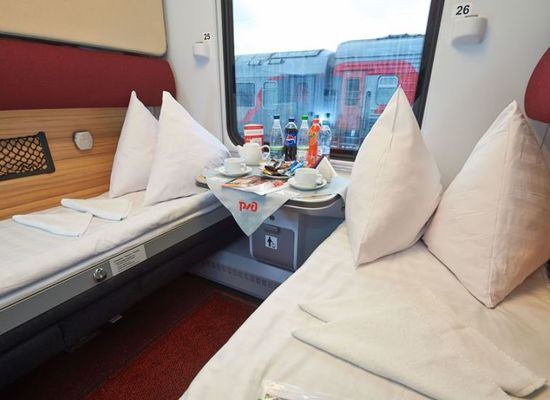