The branded Yantar train #029/030 has operated on the Moscow – Kaliningrad route since 1961. It runs daily and covers 1285 km in 20 hours. The train crosses 3 countries: Russia, Belarus and Lithuania.  The train is designed in a style symbolizing the sea and Baltic coast and has become a symbol and hallmark of Kaliningrad region.

NOTE: As the train runs through Belarus, a Belarus transit visa is required for the trip.  Border crossing formalities are carried out in the train during the trip. Passengers traveling with e-visas to Kaliningrad cannot enter or exit Russia using this train!

The train has first, second and third-class carriages.

First class compartments have two lower berths each 70 cm wide. Every cabin has a TV and 220V socket. Doors are equipped with an access control system. Bedlinen, a personal hygiene kit, and magazines are included in ticket price.

Second class compartments have 4 berths – two upper and two lower ones. Doors are equipped with an access control system. Bedlinen is included to the price of all 2nd class tickets.

Third class is an open carriage without any closed compartments. It has 54 sleeping berths arranged in two levels.

The train has a nice dining car with a special menu for passengers.  There is a shower in a special carriage that can be used by all passengers (extra charge). 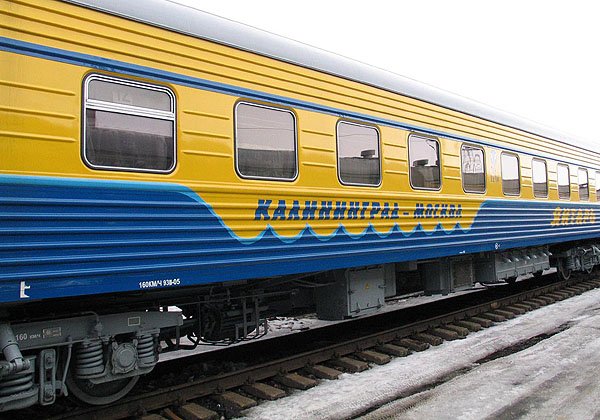 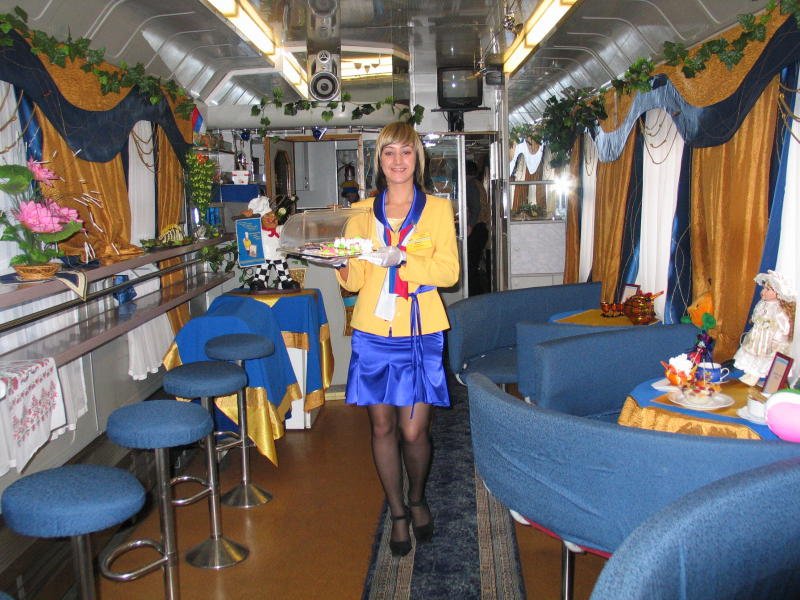 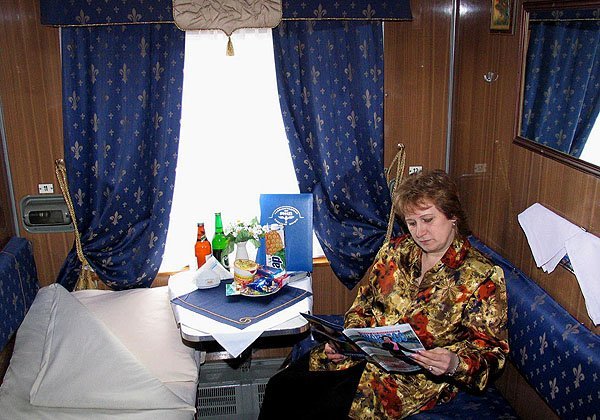