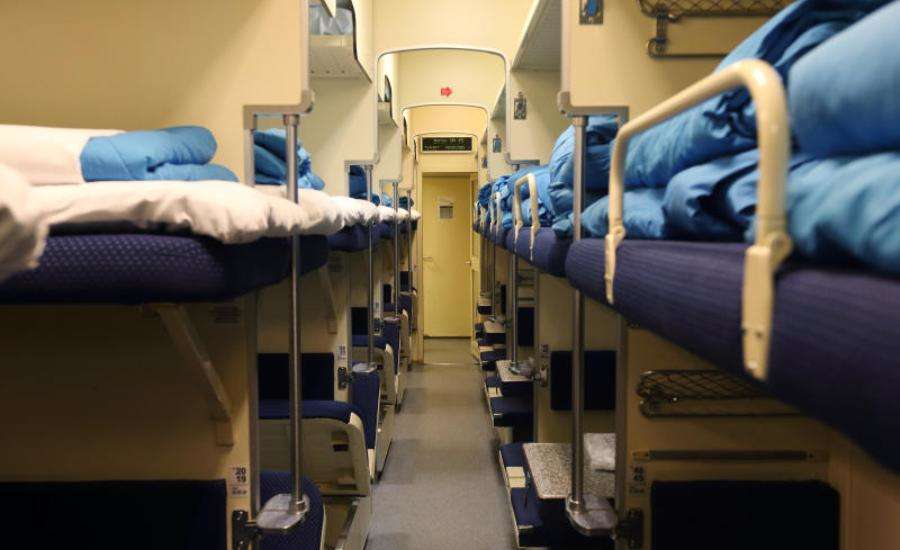 Why travel platzkart in Russia?

If the USSR had to have another symbol apart from the sickle and hammer, the platzkart would be a top contender. The 56-bed train wagons without a partition or even flimsy curtains to separate them encompassed both the best and worst of Soviet society. Many over 30’s remember fondly how they would travel for days as part of school groups across the country, singing songs and seeing sights from Tbilisi to Vladivostok. That same safety, however, which allowed children as young as eight to travel unaccompanied was achieved at the cost of any sort of privacy. Every action upon the train was keenly monitored by 55 pairs of eyes, alert to any sign of nonconformity. Today, thank goodness, there is no militsiya to report to and with drop-down toilets and air-conditionless carriages fast becoming a thing of the past, only the best parts of the Soviet mode of travel—the shared stories over tea and pies—remain.

What is a Russian Platzkart Wagon? 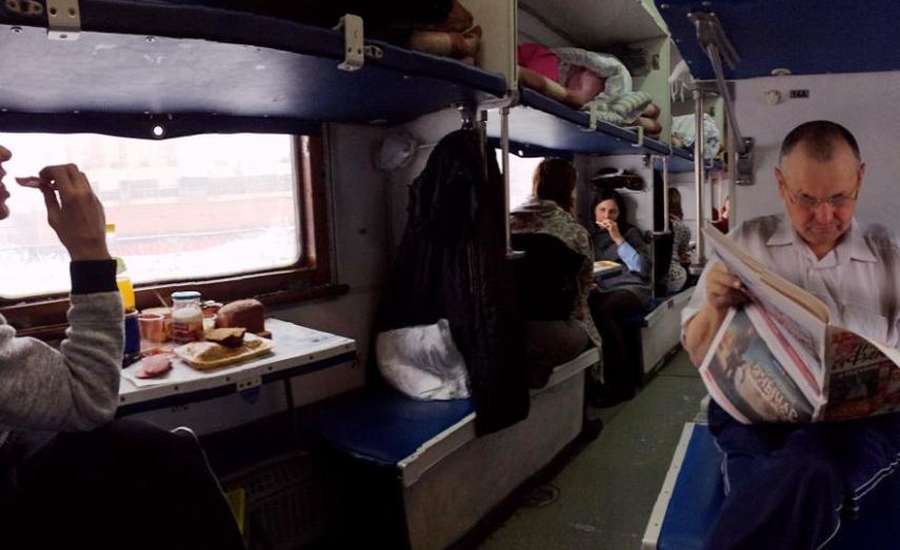 These Russian train carriages have been likened to a narrow grocery aisle with beds stacked on shelves instead of breads and a stale rather than fresh aroma. It has also been compared to a campsite on wheels, where people of all walks of life are brought together by a love of exploration and vodka! Romantic connotations aside, it’s simply an open carriage with bunk beds (generally comprising of two beds, though sometimes a third bed is added) lining both sides of the train and bunkbeds running down the center in sets of two (four beds in total). Most trains have a small table between the beds and there is generally adequate space under the beds to store a large, 30kg suitcase for each passenger. Everything in the platzkart is controlled by the provodnitsa (Russian for train conductor). Lights-out is at 11pm and if you happen not to enjoy sleeping in +25c cabins, well, tough luck! Compared to the next class of carriage, kupe, the level of comfort doesn’t vary much. The beds are roughly the same size and you can request the same bed linens to be provided as you can in a kupe. The toilets in platzkart may funnily enough actually be better than kupe as all platzkart carriages older than 12 years are being replaced and hence drop-down toilets and “sanitary-zones” shouldn’t be a problem. Yes, in platzkart there are no coat hangers and generally there are only two sockets for the whole carriage but as long as you have a power-bank and aren’t planning to travel in a suit, it shouldn’t be an issue. 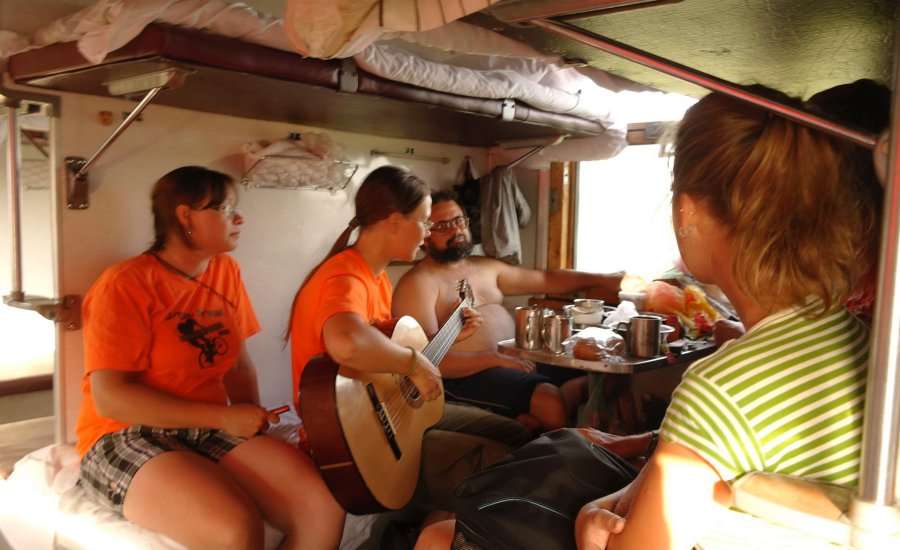 Unlike other classes of travel, the platzkart rail ticket really has remained unchanged since the Soviet times. Even the pricing is state-regulated. Whereas the cost of kupe will fluctuate in response to demand, the platzkart will almost always be at least 1.5 times cheaper than a compartmentalized carriage.*
Also in platzkart you won’t have to fork out more to get a bed of your choosing, while in kupe you can expect to pay quite a bit more for a lower berth. Apart from the considerable savings, platzkart is often the safest option for smaller groups of travelers. People are people and though generally travelling by train is extremely safe in Russia, there is the risk in kupe of being penned in with three less than chummy companions. In platzkart, you can always escape your grumpy neighbor by asking to sit on the bed of someone more amicable.
*Very rarely during the low season a bed in kupe can actually work out cheaper than platzkart. This generally will be an upper bunk on a less-popular route during winter. No matter what route, it’s always a good idea to do a price-check.

What is it really like to travel in Platzkart? 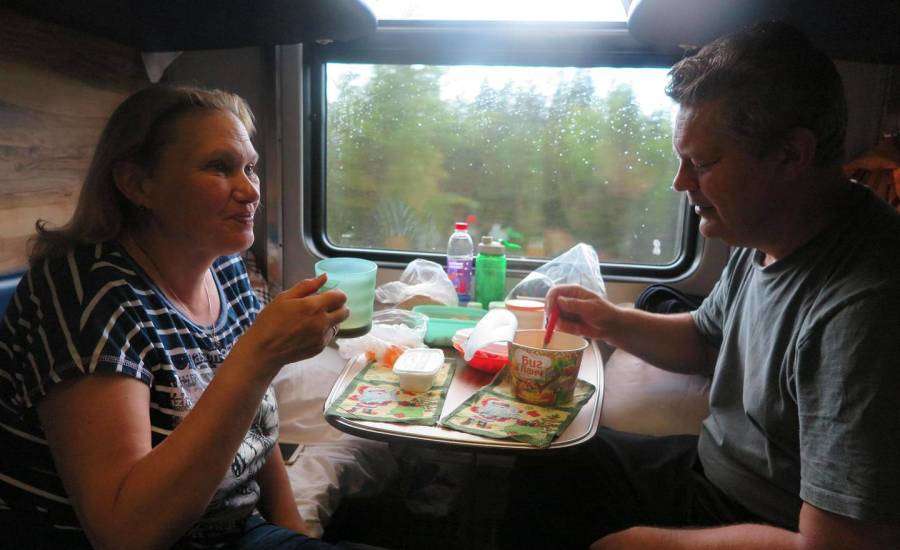 Platzkart is basically a Soviet-era communalka (communal flat) on wheels. Everyone is in the same boat, or rather the same hot, humid carriage. Without society’s typical barriers, people reach out to others who they would never even think of communicating with in any other setting. In the spirit of platzkart, food, stories, sweets and even socks (always pack extra— someone is bound to have forgotten theirs) are shared between complete and utter strangers. Sometimes unique friendships are made over a game of cards, but most often you’ll never see that chatty student or bewitching musician again— and there is where the beauty lies. Though it may not look like a 5-star retreat and most certainly won’t feel like one once you’ve eaten cup-o-noodles on a sticky seat for the third day in a row, it will do more for the soul than any retreat in Bali ever could. Knowing that you’ll never see your fellow passengers again, allows you to open up in ways you never did before. Many people say that after traveling for a few days in platzkart, they have discovered a new part of themselves. While the platzkart deity offers no guarantees as to whether you’ll receive a spiritual reawakening, it somehow always manages to work its magic in turning even the dullest of trips into exciting journeys, especially when accompanied by a drop of vodka!

How Much do Platzkart Tickets Cost? 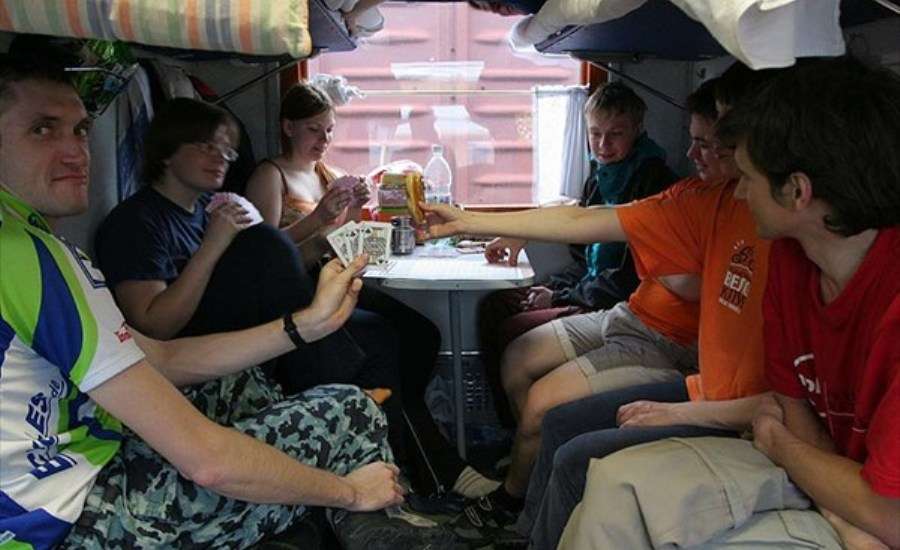 Though you can book gender-sensitive compartments in kupe, platzkart is generally considered the best mode of transport for lone female travelers. For groups of six or eight, platzkart is also a good option because you can book a set of neighboring beds. Should however you be travelling in a group of four or be carrying expensive possessions with you, a cabin in kupe which has four beds and a lockable door will be well worth the few extra hundred roubles.

How to Prepare for a Trip in Platzkart?

Platzkart is the most popular class of transport and hence it’s wise to book as far in advance as possible. Ticket sales open 90 days before the trip and the most comfortable spots, the lower berths, sell out fast. Regardless of what season you travel in, the carriages will be kept toasty warm so bring light, loose-fitting clothes (tracksuits are ideal) and plenty of deodorant and wet-wipes. Bed-linen can be had for a few extra dollars, just make sure to request it when booking tickets.