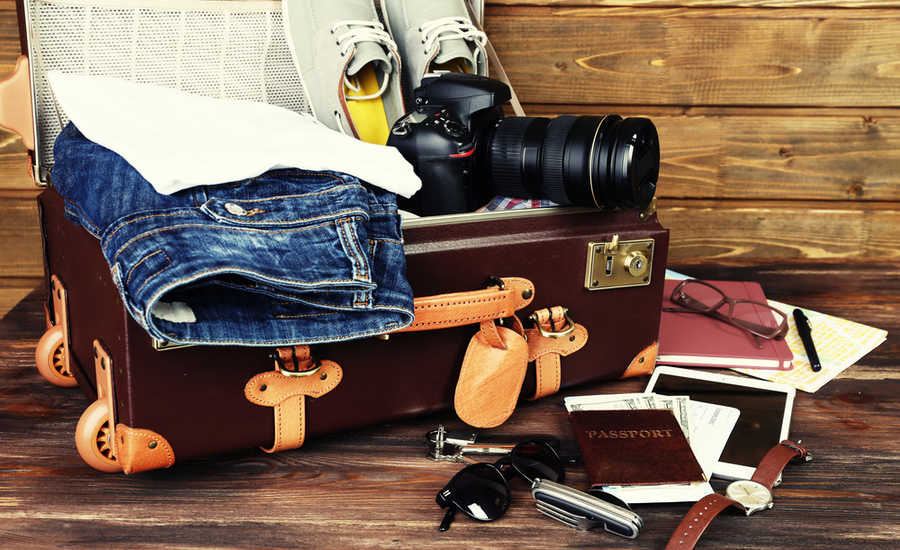 What to take on a Russian train?

Packing for a Train Trip in Russia

For most people, packing is by far the most difficult part of travelling by train in Russia. Russian train-travel is mostly a stress-free, seamless experience. The over-all ease and nation-wide coverage means that longer-journeys by rail are much more common in Russia vs. other parts of the world, which is great! But it also means that packing the right gear for a week-long trip becomes so much more important. Remember, most trains only stop for 15 minutes or less which is barely enough time to buy a pie from a babushka, never mind finding a shop that stocks some much-needed ear-plugs.

First rule when it comes to packing is, as always, travel light. Though there aren’t overly strict regulations controlling the amount of luggage allowed on most trains, we wouldn’t recommend taking more than 2 large bags/suitcases per person, with perhaps an additional small bag for food and other necessities. But, bear in mind, that though trains are generally safe, small bags are more likely to get lost or stolen and the more bags you have the more difficult it will be to keep track of them. Most storage facilities on trains can accommodate any suitcase that would be accepted for check-in in the hold of an aircraft. 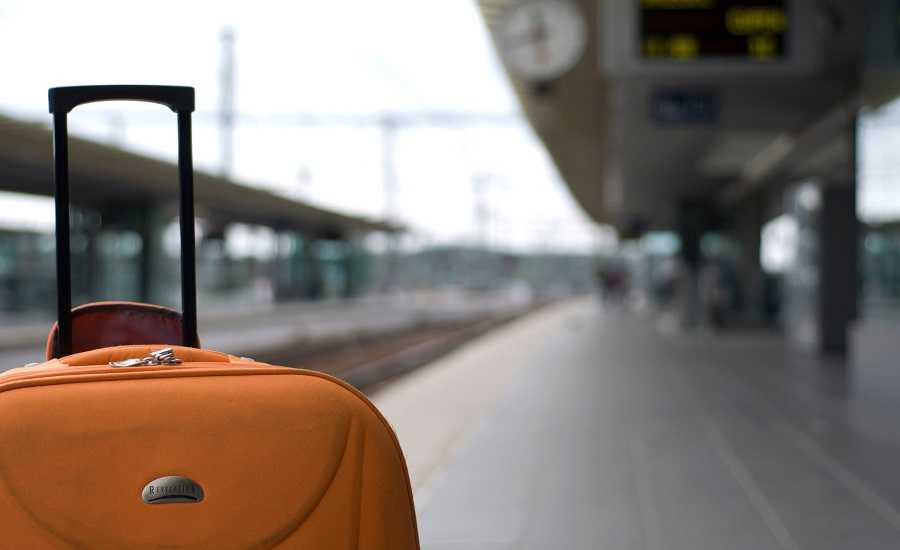 One distinguishing characteristic of the Russian way of travelling is the unspoken rule of wearing “home-clothes” when on a train. Russians are rather obsessed with hygiene and would be aghast if one of their travelling-companions dared to sit on the couchettes in the same clothes or even walk in the cabin with the same shoes as they had worn outside. Packing comfortable, casual clothes is therefore a must. But, especially if travelling in winter, you may well find that the clothes you’d wear at home are far too warm for the climate of a Russian train. Russians, despite living in one of the coldest countries in the world, are like cats in their excessive love of warmth. Be prepared for steaming carriages heated to a toasty +25c. A cotton T, a pair of shorts and comfy slippers is all you really need clothes wise on the train whatever the weather is outside. Eye masks and earplugs are not a luxury but a necessity (especially if travelling in Platzkart where there is only 1 light switch) and they may or may not be provided on the train. But don’t just take 1 set for yourself— take an extra one to save that poor, ill-informed traveler whom you’re bound to meet.

Unless travelling on a luxury train, the food (if available at all) will most likely be an over-priced and under-salted, unimaginative and ungenerous but, on the whole, edible serving of a mass-produced meal. We recommend that you don’t put yourself through the ordeal of eating a bowl of lukewarm borscht and instead, do as the Russian do, and BYO. Boiling potable water is always provided, so noodles and quick-oats are ideal. If you want to eat local, pack some “suhariki” (Russian, dried pretzels), rye bread, dried apple rings, “korovkas” (Russian caramels), halva and of course, the staple of all staples “chai c chebreytsom” (black tea with thyme). Don’t forget cutlery and dishes (be eco-friendly and choose stainless steel). 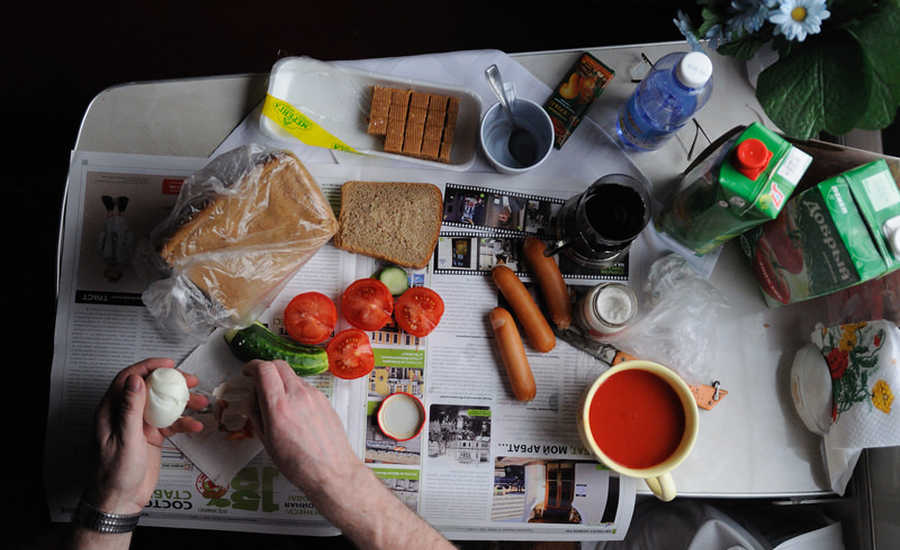 Unless you’ve decided to go VIP, showers are unlikely to be a luxury available to you. And, though the lavatories on Russian trains no longer smell as if they had been used by a party of drunks for a week, they aren’t exactly up to global standards. Sanitizer, baby wipes, waterless face-wash, moisturizer (remember, it’ll be a dry, 25c in the compartments), toilet paper (the stuff they give is rough!) and your basic toiletry kit are a must.

Entertainment wise, though some trains claim to have wifi it’s usually intermittent. Cellular connections are similarly unreliable. Take a pack of cards and forget about your phone. I promise you won’t have a chance to get bored; as everyone, from the little kid to the solider, will want to teach you their favorite card-game. Books, family photos and a few small gifts for the friends you’re sure to make will most certainly come in handy.

Arriving at the Train Station and Boarding Your Russian Train

Once at the train station, look at the departure timetable (отправление), where the train numbers, departure times and platform numbers (л-left side, п-right side) will be displayed. Usually boarding starts 40 minutes before departure.

Carriages are numbered on the 1st or last window of each car. A Provodnik (conductor) will be waiting at one of the ends of the carriage to check your passport, take your tickets and welcome you aboard. Depending on the type of ticket, the provodnik may either rip it, stamp it, take a section away from you or simply scan it. Either way, it’s best to retain a part of the ticket as proof of purchase. Keep hold of it for the whole of your journey and at least a week after it ends just in case you need to make a claim.

On Board a Russian Train 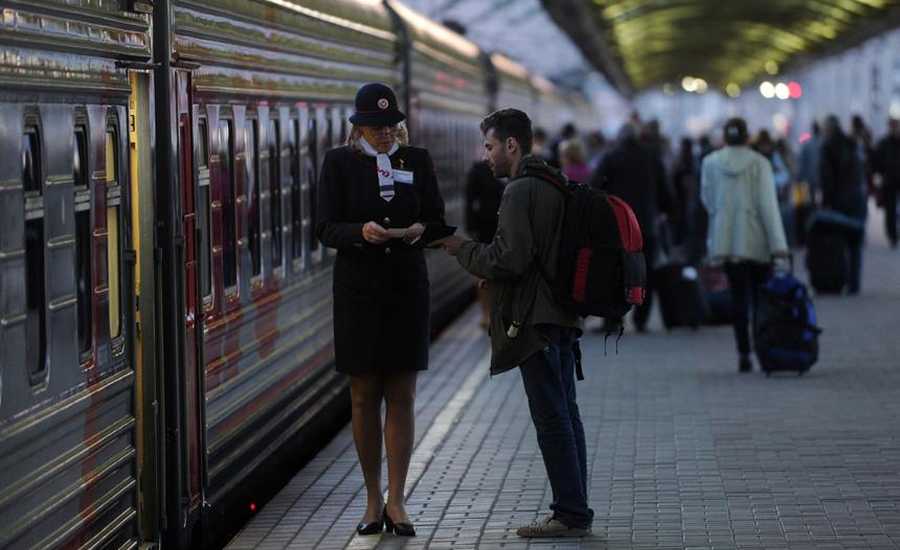 Now, we didn’t forget about bedlinen. The only reason it isn’t in our checklist of things to pack is that the bedding provided on the train is clean and cheap. It can be acquired from the attendants on all sleeper trains and generally costs around $3 - $5 if it isn’t already included in the ticket price, that is.

Due to the fact that most trains don’t have gender-sensitive cabins, we recommend that you arrive early so that you have time to ask the attendant to switch compartments if there is a problem. Arriving early also means that you get dibs on the best spot for your bags and have time to negotiate with neighbors if you’d like to switch beds.

Once settled, if you followed our advice and brought your own goodies— share them! It’s guaranteed to endear you to your fellow travelers who will most likely share more food with you than you gave them in the first place.

Safety on Board and at the Stations

Russian trains are usually very safe but you should always use common sense to guard against petty theft. Unless you buy an entire compartment you have no control over who your companions will be. When at station stops, be vigilant when it comes to keeping track of time. It's always good to be near the train because sometimes it can depart spontaneously - especially if it is late and trying to make up on time. Keeping your ticket, documents and money on you when you leave the train is also a great idea. For more safety tips, please read this article.

WCs and Showers on Russian Trains 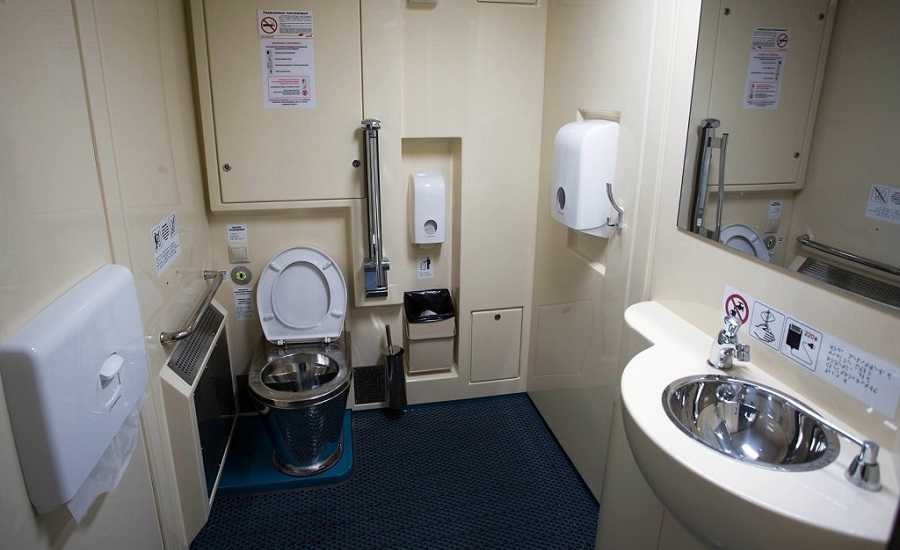 Public lavatories are generally not the most pleasant places to be; the ones on Russian trains being no exception. Though passable, we promise that you won’t regret bringing a bottle of sanitizer and toilet paper along. If the toilet is a simply hole emptying onto the tracks (as is still the case on a surprising number of trains) then timing your tea sips is utmost; when approaching major stops, the lavatories can be closed for more than an hour and a half!

If you’re the kind of person who just needs to have shower to preserve their dignity, then VIP 1st class is the only way to go. If not, there is a possibility that there may be a shower on one of the carriages if it’s a long-haul train and you may ask provodnitsa if there is one. However, be ready that there isn't and think of the longest of your showers you will take once you arrive at your destination.

Arriving at Your Destination

An hour before arrival the provodnik will make a round through the cabins and collect all the bedding and tea cups (sorry, you can’t keep them). Usually, there is some sort of announcement but it may not be in English and might not be sufficiently loud. We highly recommend that you set an alarm at least 30 minutes before arrival.

We can't anticipate all of the things that might occur during your Russian railway journey but, as mentioned before, the standard of the Russian Railway system means that most journeys are as smooth as can be. A little friendliness, politeness and organization is all that’s really needed to ensure that your journey is an unforgettable one.