The Moscow to Vladimir train route is only 191 km - a very short distance for Russia! The long-distance trains operating on the route travel non-stop, whereas the local trains make up to 5 stops: in Nizhegorodskaya, Zheleznodorozhnaya, Pavlovskiy Posad, Orekhovo-Zuyevo, and Petushki.

Depending on the season and the day of the week, there are up to 20 trains operating on the Moscow to Vladimir route daily. The trip takes from 1h 40m by the high-speed Strizh train to 2h 49m by a regular train.

The Nizhegorogets train operates on the Moscow to Nizhniy Novgorod route. It is a daily train. The travel time is from 6.5 to 7 hours depending on direction. The train has 1st, 2nd and 3rd class carriages.

The Strizh train ('swift') is a high-speed electric train operating on the Moscow to Nizhny Novgorod route. The trip from Moscow to Nizhny Novgorod takes 3 hours 35 min. There are up to seven trains daily. The train consists of 18 carriages of different classes: Five VIP 1st class sleeping carriages, two 1st class carriages with seats and nine carriages with 2nd class seats. There is a bistro car and a restaurant car on board.

Should I buy tickets in advance to travel from Moscow to Vladimir?

There are many daily trains running from Moscow to Vladimir. To get better seats and lower prices, we recommend that you book your tickets in advance.

How long does it take to travel from Moscow to Vladimir?

The Moscow - Vladimir train trip takes 1.5 - 4 hours depending on the train that you choose. Both high speed Sapsan, Strizh and Lastochka trains and regular trains are available on the Moscow to Vladimir route.

How much does a Moscow to Vladimir train ticket cost?

The price depends on the train that you book as well as on the travel date and time and number of tickets available on the train. Usually Moscow - Vladimir train tickets cost $20 - $80.

Is there WiFi on board Moscow to Vladimir train?

No, Moscow to Vladimir trains have no WiFi.

RussianRail.com is an easy and intuitive site for buying train tickets in Russia. I chose it because is a simple and effective way to find and buy those tickets. I recommend RussianRail.com so much and I extend congratulations to all the RussianRail.com team.

Strizh is very comfortable and service is absolutely fine!

I have travelled from Moscow to Nizhny Novgorod last week with Russian Rail and it was great! Very friendly and welcoming service and comfortable seats and beds to reach Nizhny in relaxed atmosphere. Food was good, newspaper service reminded me about German ICE, a compliment! Although rail tracks are not always the best In Russia, Strizh is so comfortable that it does not matter!

Vladimir is one of the stops on the Moscow to Nizhny Novgorod railway, which was built in the mid-1800s and was the first railway to connect the European part of Russia with important towns to the east. The stretch of railway between Moscow and Vladimir was constructed first and opened on 14th June 1861. Sadly, the maiden voyage of the train from Vladimir to Moscow crashed into another train and one person was killed.

Did you know? A couple of months before the official opening of the railway in June 1861, a special train was permitted to make the journey from Moscow to Vladimir for an urgent purpose: delivering the manifesto on the abolition of serfdom by Tsar Alexander II.

The first electric Moscow to Vladimir trains were launched in 1971 and the train station was rebuilt in 1975. Although the valuable architecture of the former station was lost, the light coloured stone decoration of the new station reflect the white stone religious architecture that Vladimir is so famous for. Today, a number of services run along the railway between Moscow and Vladimir, among them the high-speed Strizh and Sapsan, which are the fastest of all the Golden Ring trains.

What can you see on the Moscow – Vladimir train line?

Vladimir: one of Russia’s oldest cities, established at the start of the 12th century by the ruler of Kievan Rus’, Vladimir II Monomakh. Vladimir was a center of Russia’s religious, cultural and political power in the medieval period and some of the city’s most prominent sights were built during this time, especially under Vsevolod III who ruled from the late 12th to early 13th century. As part of Russia’s Golden Ring of ancient cities, Vladimir is famous for its centuries-old religious monuments – such as the Assumption Cathedral, Cathedral of St. Dmitry, and Golden Gate.

Pavlovsky Posad: this medieval town is located on the railway line between Moscow and Vladimir. Like Vladimir, Pavlovksy Posad is dotted with old religious landmarks like the Pokrovsko-Vasilievsky Monastery, the Church of the Ascension, and the Bell Tower of the Resurrection Cathedral. While these make for an interesting visit, Pavlovsky Posad is best known for producing the fine Pavlovo Posad shawls. Visitors can still see the original shawl factory, which dates back to the 18th century, and purchase beautiful and classy souvenirs in the town. 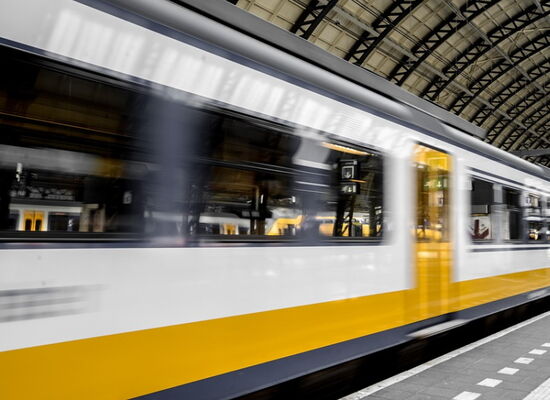