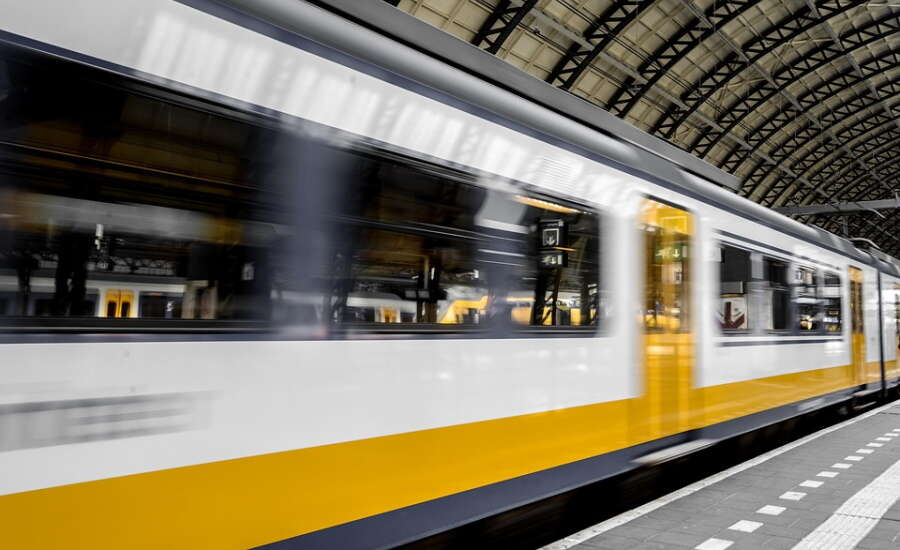 Which high-speed train is better – Sapsan, Strizh or Lastochka?

Visiting Russia is a once in a lifetime opportunity. Many travellers want to combine several cities into one trip, yet would prefer a more comfortable form of travel than sleeper train or airplane. Thanks to the high-speed trains which serve Russia’s railways, intercity travel across this vast land couldn’t be easier, and you can make the most of every hour spent in this magnificent country. Let’s explore three different high-speed trains which are ready to whisk you around Russia – the Sapsan, Strizh, and Lastochka trains. 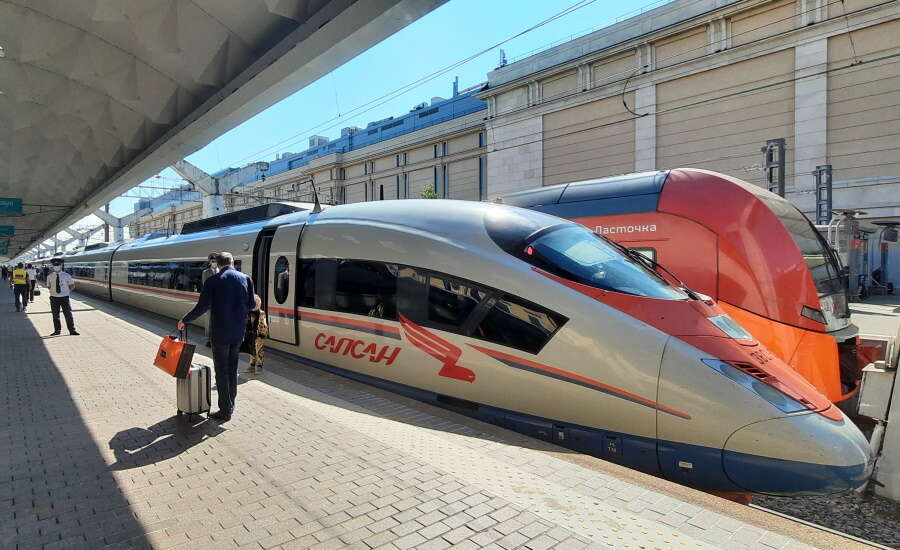 Aptly named after the peregrine falcon, the Sapsan train is the fastest train in the country. Since its launch in 2009 it has revolutionised train travel in Russia, reaching speeds of up to 250 km/h as it hurtles through the Russian countryside. The Sapsan service cuts the journey time in half for passengers travelling between St Petersburg, Moscow and Nizhny Novgorod.
Sapsan is not just valued for its speed. It is a high-quality Siemens train, whose modern interior is equipped with special soundproofing, day and night lighting, curtains on the windows, air conditioning and heating, ample luggage and coat storage, decent toilet facilities and a good restaurant car. The train offers every service you could possibly desire while travelling – tour booking and taxi ordering services, a souvenir shop for those last-minute gifts, and a ‘mini office’ which includes a photocopier, printer and scanner (a lifesaver if you’ve forgotten to print the museum tickets for your destination).
What’s more, the Sapsan is a great method of travel for disabled passengers. Carriage doors are wide and automatic and the floor in all areas of the train is the same level, allowing passengers in wheelchairs to easily move around. One carriage is specially equipped with a wheelchair space, call button, and disabled toilet.
On-board perks depend on your chosen Sapsan ticket and seat class, which includes Basic, Economy, Economy+, Business, First, and Dining Class.
Basic and Economy seats are essentially the same, with the exception that Economy passengers have access to the entertainment portal (complete with films, music, newspapers, books and audiobooks, kids’ entertainment, and information about the Sapsan, Moscow and St Petersburg).

On the newest Sapsan trains introduced in 2020, all seat classes have personal plug sockets, there are water coolers in every carriage, and there is new Family Carriage with entertainment and a play area for small children. 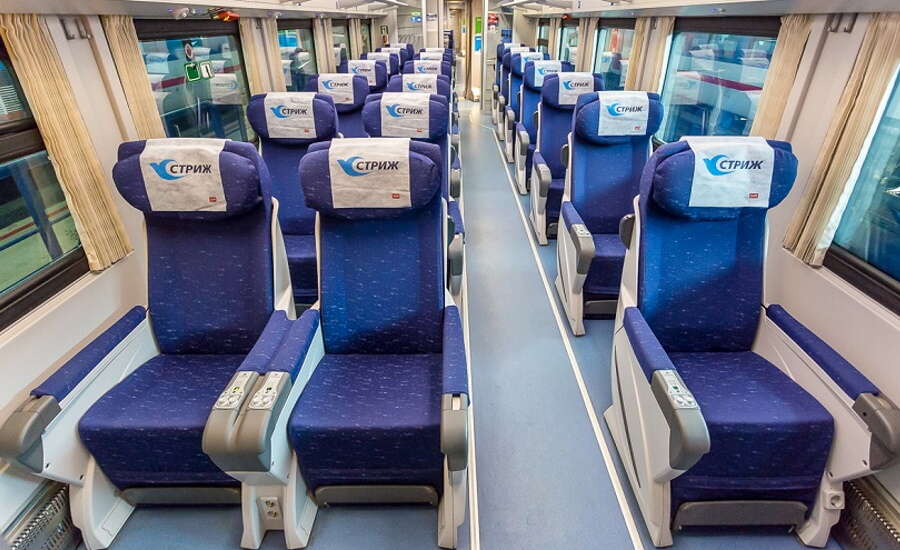 The Strizh train takes its name from another superb flier, the swift. Served by Spanish-built Talgo trains, this service was first launched in Russia in 2014 and today it serves the Moscow – Nizhny Novgorod and St Petersburg – Samara routes. Unlike Sapsan, the Strizh also served one international route between Moscow – Warsaw – Berlin, although this was sadly cancelled at the beginning of the pandemic.
On board, the Strizh is not as modern as the Sapsan, but you can still expect a high level of comfort, with Wi-Fi, air conditioning, and heating in every carriage. Passengers in any seat class also have access to the ‘Fellow Traveller’ multimedia portal, where you can see an interactive map of your journey, read information about the train, order meals from the restaurant and read news. Passengers in premium classes also have access to films, books, music and Wi-Fi through their portal. As well as a restaurant car, the Strizh also has a bar-style buffet car serving snacks.
Those travelling the daytime Moscow – Nizhny Novgorod route can choose between Second or First Class seating or First Class sleeping compartments (the ideal way to rest on your inter-city journey!) All seated carriages are equipped with spacious seats, reading lights and power outlets, and First Class also includes a complimentary meal. In the First Class sleeper cabins are two beds, sockets, hygiene kits, towels and bed linen, and some cabins also include a television, private toilet and shower.
Those making the longer journey aboard the night train between St Petersburg – Nizhny Novgorod – Samara can sit in First or Second Class seats, or alternatively stay in Deluxe, First or Second Class compartments: 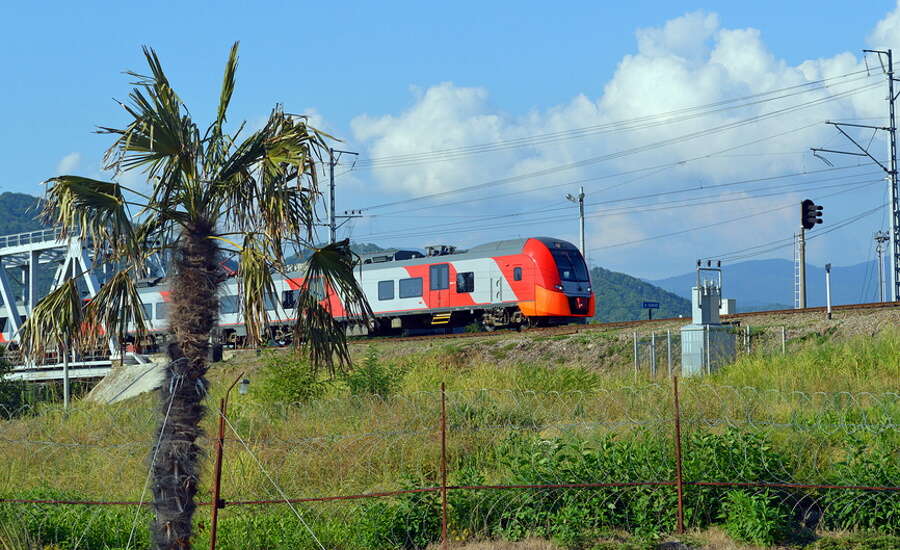 The final high-speed bird-themed train on our list today is the Lastochka (‘swallow’ in Russian) which serves numerous routes around European Russia as well as a handful of routes in Siberia too. The Lastochka is the most basic of the three trains we have discussed, yet is still a quality carrier served by German-built trains.
There are no sleeper wagons aboard the Lastochka service, only seated carriages in Basic, Economy, Economy+ and Business Classes. In Economy you have a personal plug socket, in Economy+ you travel in a comfortable, adjustable leather seat, and in Business Class you have all of the above plus a complimentary meal. The Standard type of Lastochka trains only have Basic Class seated carriages, however the Premium Lastochka trains serving southern Russian routes and the Standard Premium trains on various services around St Petersburg and Moscow offer the full range of seat classes. There are seats and toilets for disabled passengers on all trains.

Which train is best – Sapsan, Strizh or Lastochka?

On the surface, these high-speed Russian trains seem similar. However there are some key factors which influence which service is the best for your journey.

Main photo by Skitterphoto on Pixabay