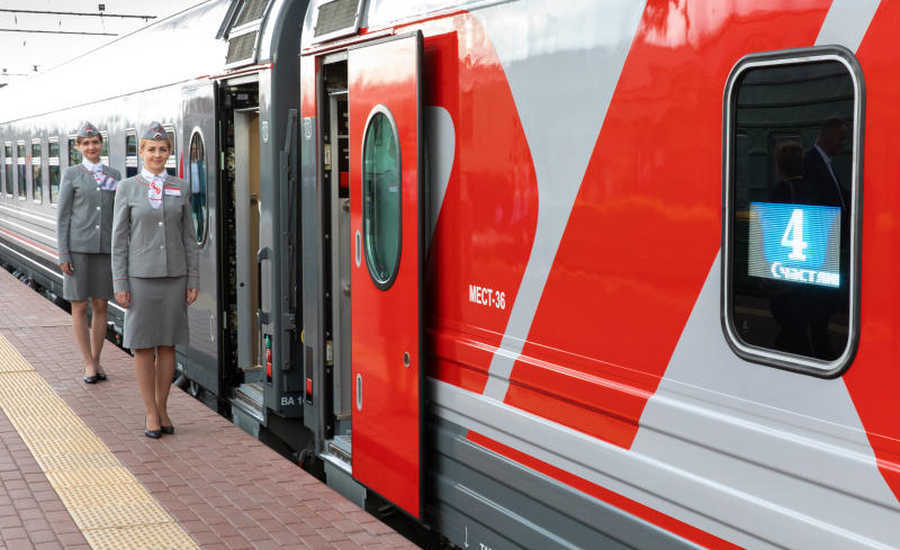 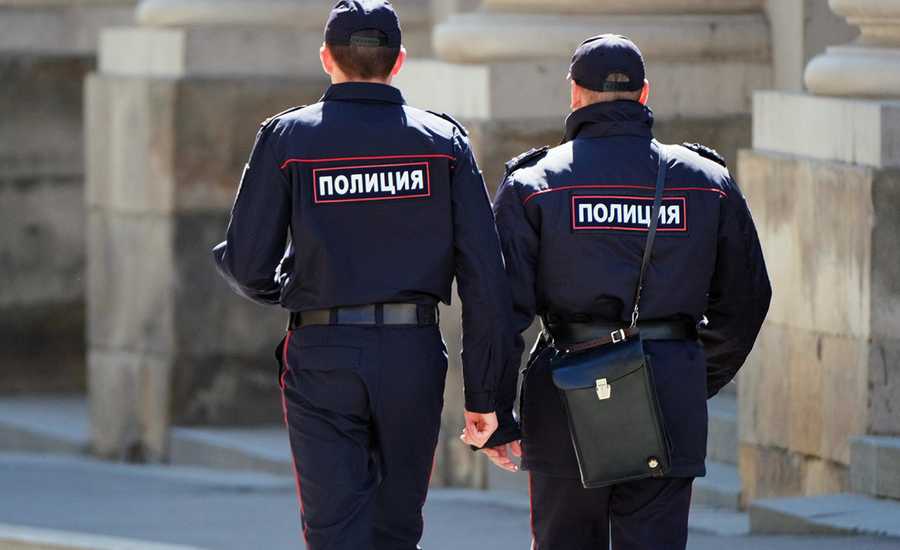 Russia does not have higher homicide or kidnapping rates than other developed countries — in fact, Russian crime rates are lower than in the US. In big cities like Moscow and St. Petersburg, most crimes are limited to pickpocketing and scamming. While this is annoying and can lead to serious problems (for instance, if your passport is stolen), it is not dangerous. However, there are some regions in Russia that are known to be more risky for tourists, for instance due to civil unrest. These regions include the Ukrainian border and the North Caucasus, especially Chechnya and the self-proclaimed republics of South Ossetia and Abkhazia near the Georgian border. Foreigners attempting to cross these borders will be treated as illegal immigrants.

Russia and the police

If a police officer tries to impose a fine upon you and you don’t understand why, call your embassy before paying anything. Police officers, like most other working officials in Russia, are usually unfriendly, but harmless. As a rule of thumb, always carry your passport, registration (for stays that last longer than 5 days) and immigration card (will be handed to you when entering the country) with you. 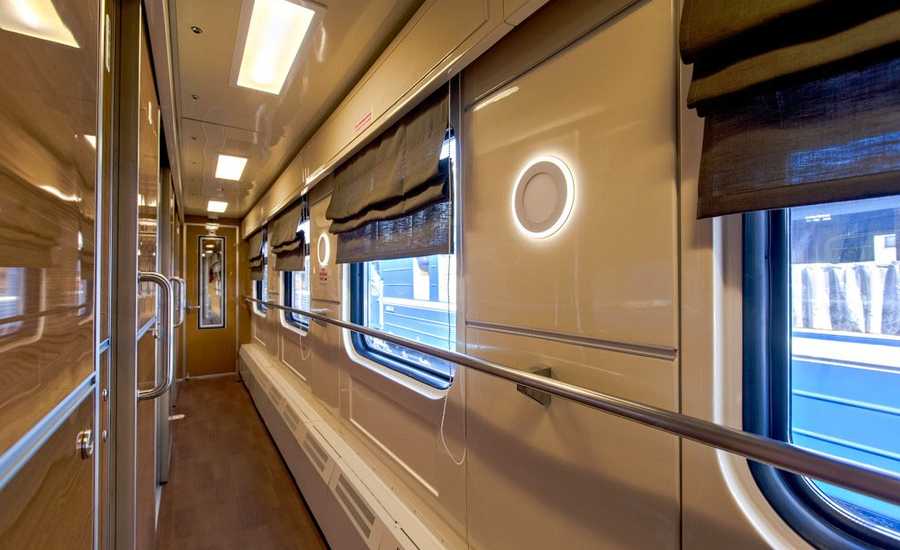 Russia’s railway system is one of the most extensive in the world as it transports passengers from the far West of the world’s largest country to the far East. As an example, a journey from Pskov, which lies close to the border with Latvia, to Vladivostok, a port city in the Sea of Japan, covers about 10.000 kilometers. And yet it requires only two changes: one in St. Petersburg and one in Moscow. It takes approximately six days.

But is it safe?

Yes, it is. Traveling in Russia is as safe as it is in any other developed country, given you take the standard safety precautions: look after your luggage, don’t carry around too much cash or valuables and keep these things close to your body. As mentioned above, a large density of tourists in any one location attract people who steal, but anything worse than that is highly unlikely.

The cars of a train are patrolled by a conductor - provodnik (male) or provodnitsa (female). They keep the car tidy, check your tickets and make sure everything is alright. For more privacy and security, you can lock your compartment from the inside so that no one except the provodnik or provodnitsa can enter. If you’re worried about train personnel as well, compartment doors in the sleeping cars - Spalny Vagon (SV) and Kupe have an extra safety latch. This way, the door won’t open more than a small gap. The safety latch cannot be released from outside. Usually, beds have a storage chest underneath them in which you can store your belongings, so anyone who wants to steal your stuff has to lift you up first.

But is it also safe if I’m a solo female or traveling with kids? 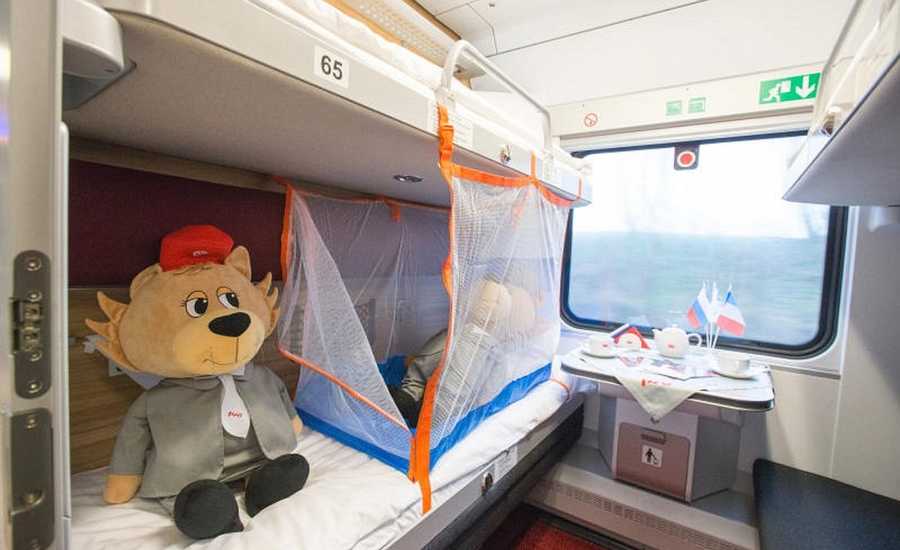 Yes. If anything, people are probably going to be even more friendly and helpful if you are a woman traveling on her own. Be careful when someone offers you alcohol (just like you would in any bar) and if you do drink, try not to carry it too far.  Probably best not to accept open containers for alcohol or other drinks.

It is also not a problem to take children on your journey. Kids under five travel free of charge, but you do have to print a ticket with their name on it. Children up to the age of 10 travel for half the adult price.  Sleeping wagon Kupe compartments have only four berths. If you don’t have enough children to fill these, just book the remaining beds for yourself and enjoy your privacy.

Generally, whether you’re gay or not, publicly showing affection is frowned upon in Russia.

What about trains carrying sports fans? 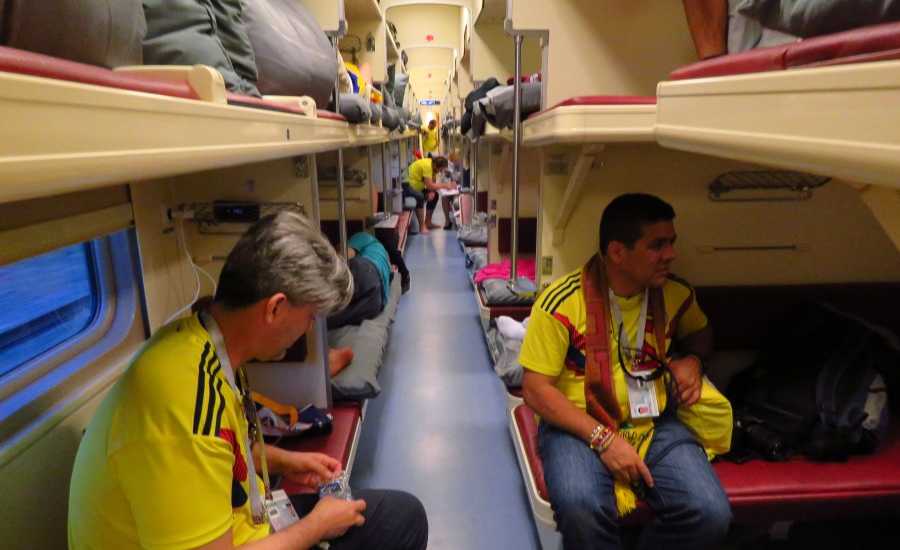 If you’re residing in a European country like England, Germany or Italy, chances are you have encountered drunk and ready-to-fight sports fans on trains. Since the rail system in Russia is so vast and stadiums and cities are so far apart from each other, it is comparatively unlikely to run into a horde of unpleasant hooligans on their way to support their team. The world cup is over, and things have gone back to normal.

All in all, traveling by train in Russia is just like traveling by train anywhere else. Use common sense, keep your valuables close to you and don’t travel into war zones. A journey through Russia can be an unforgettable experience. The country is hospitable, versatile and gorgeous and by flying you are guaranteed to miss out on some of the most beautiful spots.