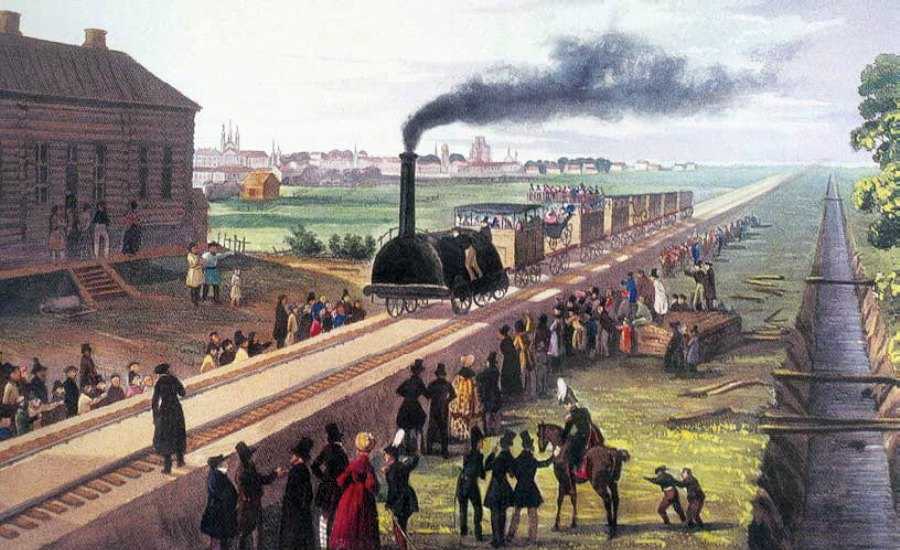 When was the first Russian Railroad Built?

The Russian railway network is long enough to circumnavigate the globe more than twice. It encompasses the world’s longest train journey - the Trans-Siberian – taking passengers 9,300km between Moscow and Vladivostok, as well as running direct links to a dozen different countries reaching from Western Europe to the Far East. Every year over 1 billion passengers and 1 billion tons of freight travel across the country. These tracks have played an important role in Russian history, returning Lenin to Russia on the eve of the October Revolution, and transporting supplies over frozen Lake Ladoga to the starving people of Leningrad during the Second World War. But where did it all begin? 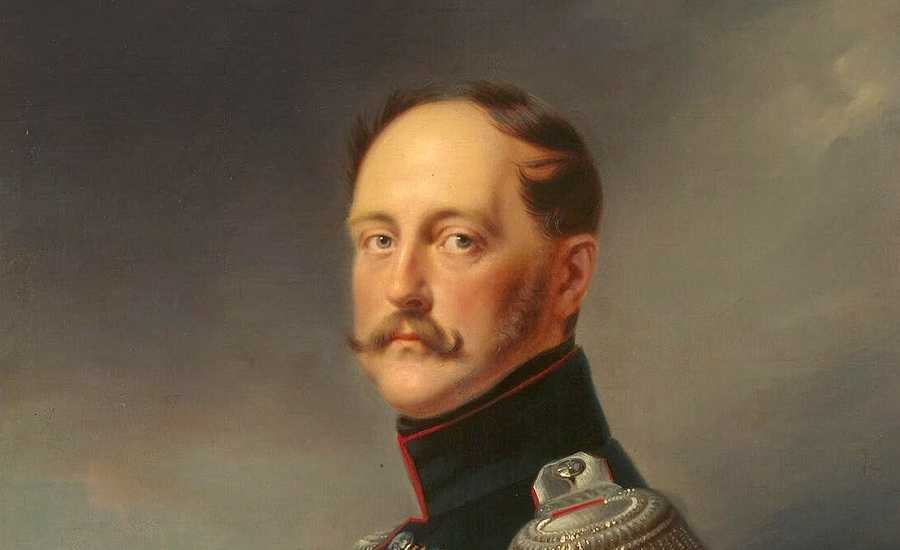 In 1816, when he was just a teenager, the future Tsar Nicholas I visited England and marvelled at the steam engines puffing up and down the country. Nicholas enjoyed riding on the new locomotives, even helping shovel coal into their ovens himself. In Europe, over the next few decades, it became clear that steam trains were an industrial sensation revolutionising the transportation of passengers and freight, and this feat of engineering had piqued Nicholas’ attention.
In 1834 Tsar Nicholas was visited by Franz Gerstner, the engineer responsible for constructing Austria’s first railway. Gerstner told the Tsar that the railway would benefit no country more than Russia. It would offer an unparalleled opportunity for trade and travel, an alternative to negotiating Russia’s frozen waterways or clattering thousands upon thousands of kilometres in a cart convoy. After much discussion, Gerstner was granted the task of constructing Russia’s first railway. But this first route would not be constructed between St Petersburg and Moscow - such a feat of engineering would have taken years upon years before it could even be tested. Instead, it was decided that Russia’s first experimental railway line would be built between royal residence Tsarskoe Selo (the royal country retreat outside of the capital) and St Petersburg. It would be named the Tsarskoselskii Railway. 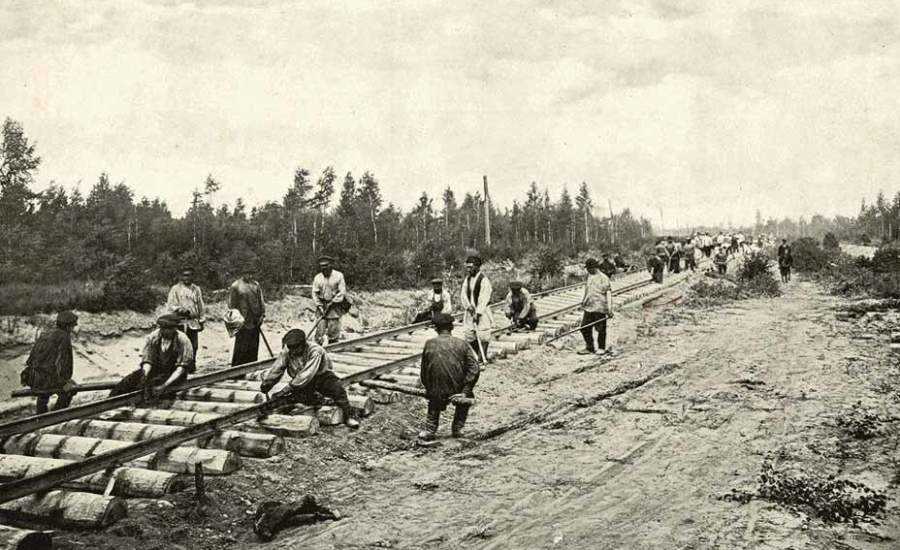 Railway engineers at this time held the same pioneering prestige as astronauts do today. If this experiment worked, it would set the precedent for an entirely new form of travel across the expansive Russian Empire. Construction of the route took 17 months and over 3,000 people worked on the project (although to great human cost, as Gerstner said that barely 150 workers remained at the end of construction). Initially, there was no steam engine to take the carriages up and down the tracks and the first test-rides were accomplished by a horse-drawn train, or ‘konka’. Steam engines were transported from England and Belgium alongside 63 carriages of four classes - the most luxurious was the ‘Berliner’ class, and the simplest were roofless wagons - although even the first-class wagons were without any heating or light! 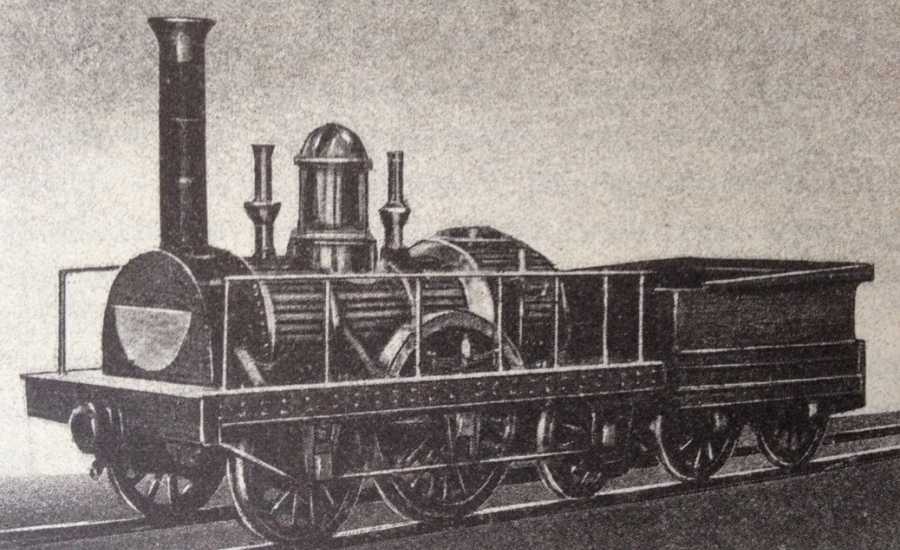 On the 30th October 1837, the Tsarskoselskii Railway was opened. The first journey was led by the steam locomotive ‘Provornyi’, which means ‘agile’ in Russian and was constructed at the world’s first locomotive factory, the Stephenson Factory. The train was driven by Franz Gerstner himself. Over the next 35 minutes the train made its way from St Petersburg to Tsarskoe Selo, reaching speeds of just over 60km/h.
The astonishment felt by those who watched this first journey was perfectly summed up the next day by the St Petersburg Gazette - “Sixty miles an hour, scary to think. Meanwhile, you are sitting calmly, you do not notice this speed, terrifying the imagination, only the wind whistles, only the horse is full of fiery foam, leaving behind a white cloud of steam. What strength are these huge carriages carrying with the speed of the wind in the desert; what power destroys space, absorbs time? This power is the human mind.”
People were so delighted by this ground breaking service that the railway carried over 700,000 passengers in its first year. The Tsarskoselskii Railway had turned a hugely expensive and time-consuming trip to the countryside into a comfortable adventure. A first-class ticket cost 2.5 roubles, and fourth-class wagon ticket 40 kopecks. Over the first 5 years, the government earned back all that they had spent on constructing the railway!
By summer 1838, a permanent schedule was devised, with trains running from 9am until 10pm with approximately 3 services per day. Also, by this time, horse-drawn trains were completely replaced by steam engines on the Tsarskoselskii route. It remained the only Russian railway for the next 15 years, and the independent line was only dissolved in 1917, when the Tsarskoselskii Railway became part of the October Railway. 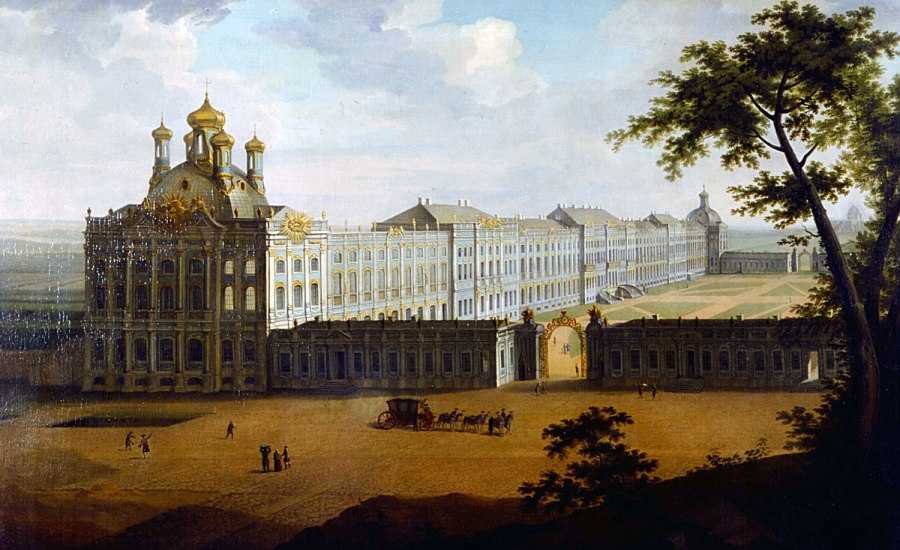 Some people disparaged the railway as an ‘amusement’ or a ‘toy’ because it carried hardly any freight and didn’t provide transport to far-reaching cities, only connecting St Petersburg with the Tsar’s summer residence and pleasure gardens. Yet as a result of this short experimental railway, specialists at the St Petersburg Corps of Railway Engineers could undergo practical training, scientists and engineers could carry out experiments, and Russia was able to pioneer research into the construction of its own railway system - culminating in the Nikolaev Railway connecting St Petersburg and Moscow, which opened in 1851. 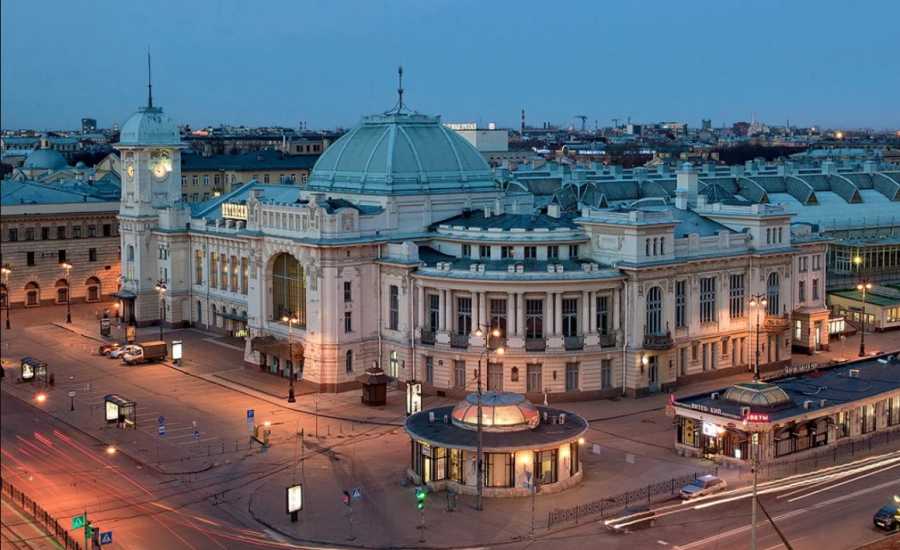 In 1837, Russia’s first railway station, Tsarskoselsky Station, was constructed. The station was initially supposed to lie on the grand Fontanka River, but after the railway exceeded its planned budget the one-storey wooden station was instead built on Zagorodny Prospekt in the suburbs. Today, the former Tsarskoselsky Station is one of St Petersburg’s most recognisable buildings. At the beginning of the 20th century, the simple building was renamed ‘Vitebsky Station’ and transformed into a masterpiece of Art Nouveau architecture, which you can read about here. In 1987, to mark 150 years since the first opening of the Russian railways, a special monument was installed at Vitebsky Station - a replica of the ‘Provornyi’ locomotive which completed Russia’s first railway journey in October 1837. In 2017, the monument was moved to a site alongside the Small October Railway on the way to Tsarskoe Selo. 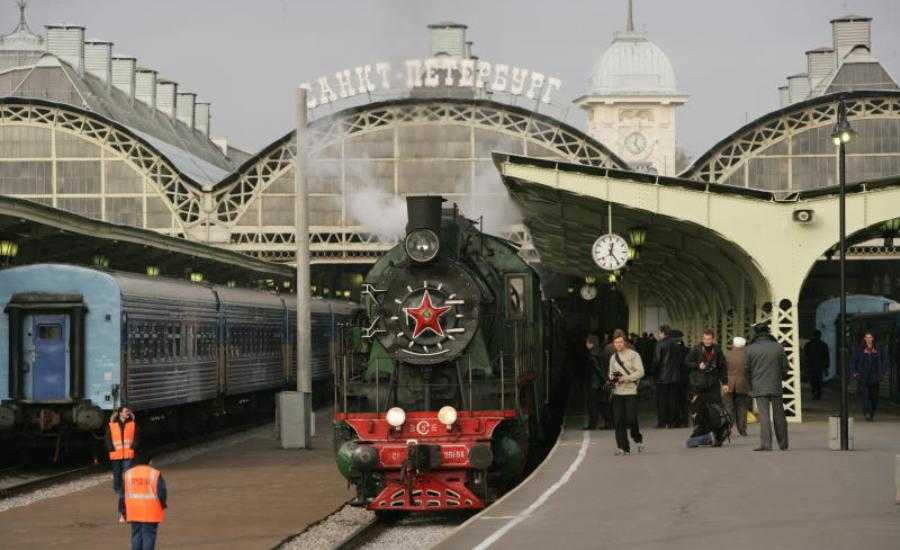 You can still take the train today from Vitebsky Station to Tsarskoe Selo, though it might look a little different than in 1837 as you pass through post-Soviet suburbs on a modern elektrichka. If you’re interested in the history of the Russian Railways, visit the Russian Railway Museum located near St Petersburg’s Baltic Railway Station. And if you’d like to experience a Russian railroad trip for yourself, why not book one of Express to Russia’s tours.