The high-speed trains "Lastochka" will connect the capital of the Karelia region — Sortavala and the gems of South Karelia: Mountain Park Ruskeala, Valaam Island, the waterfall "White Bridges" with St. Petersburg.

Until 10th of January, the speed trains will operate on the daily basis from Monday to Friday on the route from St. Petersburg to Sortavala, and from Saturday to Sunday till Matkaselkya, which is located just several kilometers away from "Ruskeala" Mountain Park. The timetable after 10th of January is yet to be announced.

The new route will ease the access to the main attractions of the South Karelia. During the weekend, it will be possible to visit the Valaam Island, the "Ruskeala" Mountain Park, the Waterfall "White Bridges" and also other points of interest of the area. 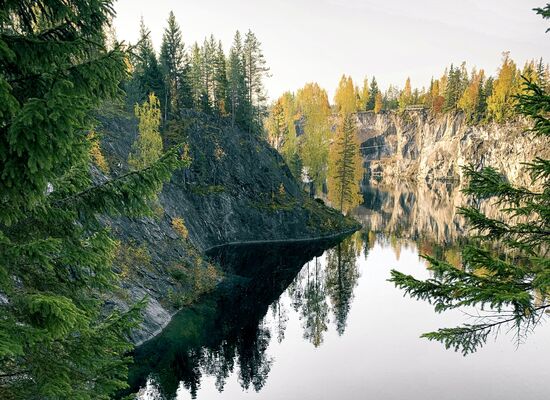 From skies to earth: superiority of the speed trains